At least five people have died and 17 are reported missing in northern California following major wildfires.

Among the dead are two children and their great-grandmother.

The Carr fire has charred nearly 84,000 acres, an area nearly three times the size of San Francisco, since erupting on Monday near Redding, a city of 90,000 people about 260kms north of the state capital Sacramento.

The blaze was one of about a dozen major wildfires burning across California and of nearly 90 overall from Texas to Oregon.

Driven by gale-force winds on Thursday night, it exploded into a firestorm that leaped the Sacramento River and engulfed whole neighbourhoods in and around Redding, sending thousands of people fleeing for their lives in a chaotic evacuation.

A private bulldozer operator on the fire line and a Redding firefighter were killed in the conflagration. The nearby town of Keswick, with a population of about 450, was reduced to ash.

Some 500 structures were destroyed, and 38,000 people remain under evacuation orders, according to the California Department of Forestry and Fire Protection. 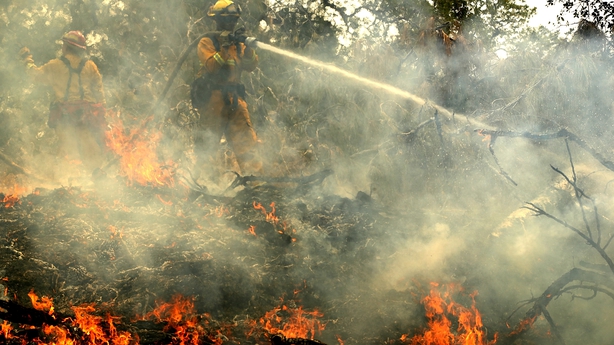 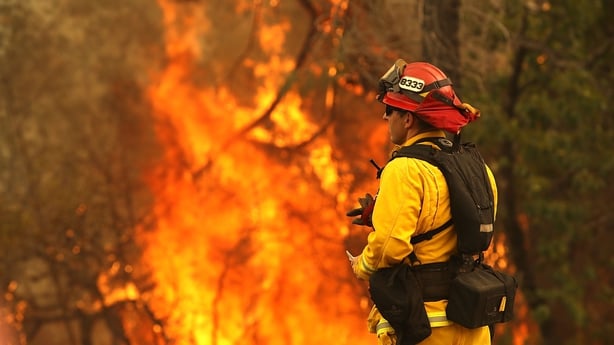 Redding police said they are trying to locate 17 people reported missing by relatives or friends since Thursday night.

Police Sergeant Todd Cogle said the number of those unaccounted for had fluctuated during the past two days - from as many as 20 to as few as 12 - as some who were reported missing turned up safe and others were added to the list.

Counted among them were the three victims whose bodies officials said were found at an incinerated home on the outskirts of Redding.

So far this year, wildfires have scorched almost 4.3 million acres across the US, less than last year but still higher than the 3.7 million-acre average for the same period over the last decade.

One of those, the Cranston fire, prompted a rare closure of much of Yosemite National Park last week, while another forced mass evacuations from the mountain resort community of Idyllwild east of Los Angeles.

Fire officials said the Carr fire in particular has burned with an "unprecedented" intensity and unpredictable progression that has confounded them.