The contracting company responsible for building the apartment block in Berkeley, California, where six young people died almost two years ago in a balcony collapse has lost its licence.

Segue Construction was the general contractor on the Library Gardens apartment complex and had been accused of "wilfully disregarding" building plans and "wilfulling departing from trade standards" in the construction of the development.

A fourth floor balcony collapsed on 16 June 2015 killing six young people and injuring seven others who had been on the balcony celebrating a 21st birthday party.

Seven other young Irish people in California for the summer were seriously injured.

The California Contractors State Licence Board announced late yesterday that it had reached a stipulated settlement with Segue Construction Inc, of Pleasanton, California, to revoke the company's licence.

The company was also barred from reapplying for another licence for a period of five years.

According to the legal papers outlining the settlement, Segue is giving up its right to contest the charges, in order to "avoid the uncertainties and costs of further proceedings", but the company does acknowledge that the allegation "involves disputed questions of fact and law".

Segue Construction has had a contractor's licence in California since March 1992.

It entered into a contract to build the Library Gardens complex in January 2005, and had completed the work and handed it over to the owner in April 2007.

The balcony in question was built at various stages between September 2005 and October 2005.

According to the legal documents, the specifications for the balcony construction called for "pressure treated joists" to attach the balcony deck to the building.

However, the California Contractors State Licence Board says that these floor joists were not pressure-treated.

In addition the specifications called for three-quarter inch plywood to be used as the balcony flooring, and expressly stated that "Oriented Strand Board (OSB) is not an acceptable substrate".

But the balcony in question had been constructed using three layers of this OSB material.

In addition the building specifications called for a special "sacrificial membrane" to be applied to the balcony deck prior to final waterproofing to protect the surface from moisture during construction.

This coating was not applied, and furthermore during the construction phase - lasting around 11 months - over 38 inches of rain fell in the area.

The settlement papers detail that testing shows that if the balcony had been constructed as designed, it would have been well capable of holding the weight of the 13 students who were on it at the time of the collapse.

Forensic examination of the balcony after the tragedy showed "extensive dry rot" of the wooden joists holding the deck to the building, and of the surface of the balcony. 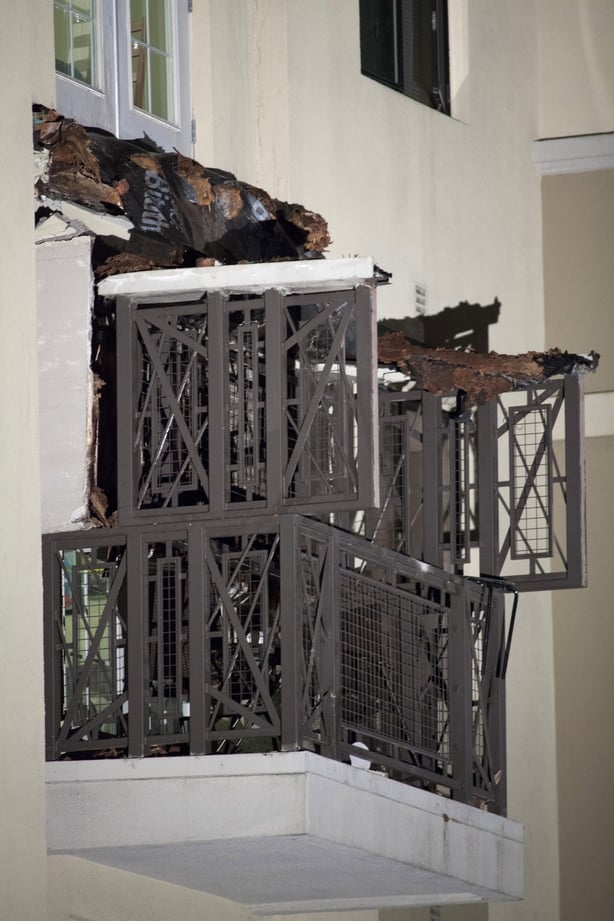 The injured and the families of those who were killed are currently taking legal actions through the California court system against dozens of defendants responsible for the construction, management and maintenance of the building.

Their cases have all been linked together in the early stages of proceedings for convenience.

In addition to Segue losing its licence, and agreeing not to apply for a new one for five years, the company's CEO and Responsible Managing Officer (RMO) at the time of construction Kirk Alan Wallis has agreed that he will reimburse the Board's investigative costs of $99,950 before applying for a new licence.

The company's Officer and RMO at the time of the tragedy, David Michael Dunlop, has also agreed to reimburse investigative costs of up to $15,000 before the licence can be reissued.

Furthermore if either man wishes to get any future contractor's licence in California, they will have to lodge a bond of between $15,000 and $150,000 for at least two years.

Broadly it increases the oversight on construction contractors, mandating criminal work-related convictions to be reported, and requiring a new set of standards for the construction of balconies and other outdoor spaces in California.