A man has been shot dead at a social club in west Belfast.

The shooting happened at the Donegal Celtic Football Club on Suffolk Road.

The man has been named locally as Sean Fox.

It is understood the club was busy with people watching football on television when the shooting took place this afternoon.

There was a heavy police presence at the scene in the aftermath of the shooting.

Two ambulances were parked in the grounds while a PSNI helicopter hovered above.

A significant number of officers were in attendance, with the area cordoned off. 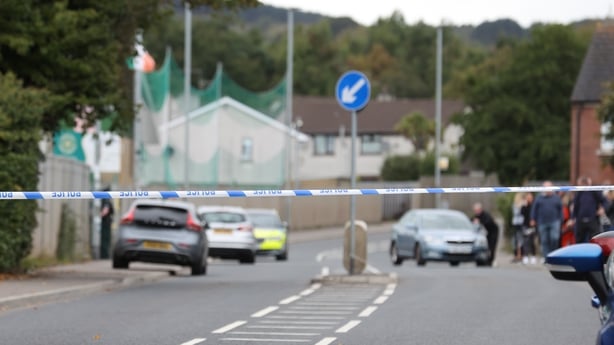 The Police Service of Northern Ireland confirmed a murder investigation had been launched.

Detective Chief Inspector John Caldwell said: "At approximately 2.45pm, police received a report that two masked men had entered the Donegal Celtic Sports and Social Club shortly before 2.30pm and shot the man a number of times. He was pronounced dead at the scene.

"Both gunmen are believed to have made their escape on foot along Suffolk Road.

"The investigation is at a very early stage and I would urge anyone with information or anyone who was in the Suffolk Road area at the time the shooting took place and seen two men running from the club or who may have captured dashcam footage to contact us on 101 quoting reference number 1120 02/10/22." 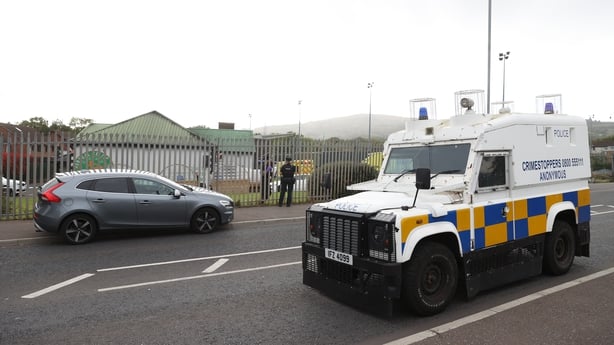 "There's total shock in this community today with the offence that happened in Donegal Celtic today," he said as he visited the scene.

"My thoughts and sympathies are with this man's family.

"I personally don't know the victim but what I do know is that there's a family there and our thoughts and our sympathies are with this man's family at this stage.

"But there's shock within this community and people are sending their condolences to this man's family."

Mr Maskey urged anyone with information to come forward to police.

"I condemn those responsible. There is no place for guns on our streets," he said.