There may be a new incoming British prime minister - but there was a strong sense of deja vu in the corridors of Stormont this afternoon.

The same arguments being rehearsed yet again, with the name of Liz Truss inserted in place of Boris Johnson.

Both DUP leader Jeffrey Donaldson and Sinn Féin vice president and Stormont's First Minister in waiting Michelle O'Neill revealed they have written to Ms Truss and want to meet her as soon as possible.

Both want to reinforce the very different messages they have been repeating ad nauseam for months now.

"Stop pandering to the DUP" was the message from Michelle O'Neill shortly after the result of the Conservative Party leadeship contest was declared.

"Liz Truss has an opportunity, even at this late stage, as she comes into her new post to actually work with the EU, work with the Irish government to find ways to reset relationships and find ways to make the protocol work because we all know there are solutions there, they are on the table," she said.

"There needs to be no more pandering to the DUP. They are the sole blocker of us being able to form an Executive."

But Jeffrey Donaldson repeated his party's position that the conditions for power sharing cannot exist until the Northern Ireland Protocol issue is resolved.

The DUP leader said he made that position absolutely clear in the campaign for the Stormont Assembly elections in May and that he had received a mandate from his party's electorate.

"Not a single unionist elected to the Assembly in the recent elections supports the protocol and that is not a sustainable position," he said.

Mr Donaldson also said he believes "the penny has dropped" in Dublin and Brussels that for unionists the protocol is about identity and Northern Ireland being an integral part of the UK.

As British Foreign Secretary Liz Truss, had the full support of the DUP when she introduced legislation in the UK Parliament to override parts of the protocol.

That legislation is now in the House of Lords.

Asked if he trusts the incoming British prime minister to deliver on her promise, Mr Donaldson said: "I don't operate on the basis of trust."

He made it clear that the DUP wants to see "decisive action" on the protocol before agreeing to go back into power sharing.

There is a clear nervousness within his party's ranks that, as British Prime Minister, Liz Truss may be less hardline than Liz Truss the Foreign Secretary and may seek compromise with the EU in the hope of preventing a possible trade war in the midst of a worsening cost of living crisis.

The Irish government will hope the latter is the case and that despite her hardline stance during the Tory election campaign, she opts for the more pragmatic approach of negotiation rather than confrontation.

But even if she manages to reach an agreement with the EU on the protocol, it may not be enough for the DUP - and the Stormont Executive could remain in limbo. Yet more deja vu. 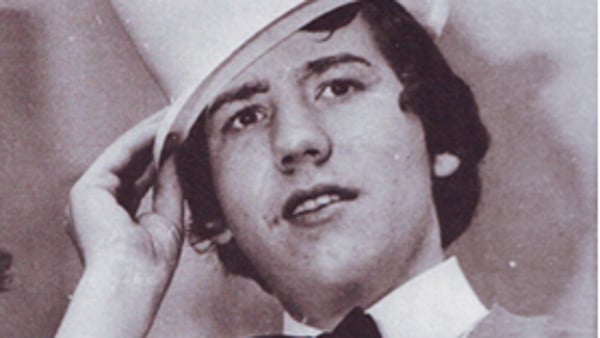