Sinn Féin remains on course to emerge from Northern Ireland's next Assembly election as the largest party, according to a new poll.

On 25%, the republican party is eight points ahead of its main unionist rivals the DUP, the LucidTalk poll commissioned by the Belfast Telegraph suggests.

The gap has widened since the last LucidTalk poll in November, with Sinn Féin up one point and the DUP down one.

Of the other main Stormont parties, the poll puts Alliance and the Ulster Unionists in joint third place on 14% (Alliance down one point on November and no change for the UUP), the TUV on 12% (up one) and the SDLP on 11% (down one).

The NI Green Party is up one point to 3%. People Before Profit is on 1% support.

While Sinn Féin's current deputy First Minister Michelle O'Neill looks well-placed to become First Minister after May's scheduled election, uncertainty remains over whether she would have a unionist partner to govern with in those circumstances.

The DUP and UUP both continue to refuse to confirm whether they would participate in a coalition with a Sinn Féin First Minister.

A functioning Executive could not be formed without the participation of the largest unionist party.

The online poll, which is based on the views expressed by a weighted sample of 3,112 voters last weekend, also indicates strong support among unionist voters for the DUP pulling out of the power-sharing structures if there is no progress in changing the contentious Northern Ireland Protocol.

The protocol has created post-Brexit economic barriers on Irish Sea trade with Britain.

The DUP has repeatedly threatened to collapse the institutions unless the so-called Irish Sea border is removed. The party has paused that threat to await the outcome of the latest round of negotiations between the EU and UK. 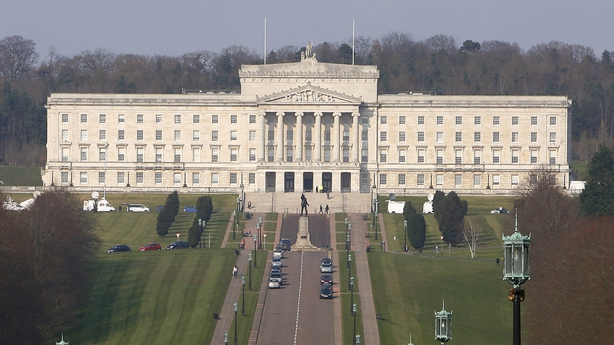 According to the poll, 63% of unionist voters think the DUP should be prepared to pull the plug on Stormont over the issue, with 43% believing the party should make the move immediately.

However, the poll indicates significant divergence of opinion between the supporters of the different unionist parties.

Some 98% of TUV voters want the DUP to withdraw its ministers from Stormont over the protocol, 81% of DUP supporters favour that course of action while only 28% of UUP voters are in favour of a Stormont collapse over the protocol.

The poll makes bad reading for DUP leader Jeffrey Donaldson in terms of voter opinion on his personal performance.

Some 70% of voters polled rated his performance over the last five months as bad or awful, with only 15% thinking he has done well. The other 15% did not express a view.

For Sinn Féin's Stormont leader Ms O'Neill, 49% of voters rated her performance as bad or awful, with 29% scoring her as good or great.

The UUP's Doug Beattie was the only leader of the main parties to emerge with a positive personal approval rating, with 43% rating him as good or great compared to 31% bad or awful.

Voters were almost evenly split on Alliance's Naomi Long, with 41% disapproving and 38% approving.

It was similar for SDLP leader Colum Eastwood, with 40% scoring him as bad or awful and 36% rating him as good or great.

For TUV leader Jim Allister, 59% viewed his personal performance as bad or awful and 28% thought he was doing a good or great job.

The poll was conducted amid the recent controversy over the prospect of the UK Government introducing a limited form of dual mandates to allow Northern Ireland politicians to serve as both MPs and MLAs.

The move, which critics portrayed as an attempt to ease Mr Donaldson's planned return to the Assembly, was dramatically ditched by the Government during the week in the face of opposition from all the main Stormont parties, with the exception of the DUP.

The LucidTalk poll indicates the concept of double jobbing is not popular with the public, with 76% of voters against it.

The DUP was the only party whose supporters backed the proposal, with 47% in support and 41% opposed.
In terms of overall views on the performance of Stormont since devolution returned in 2020, only 13% of voters think local MLAs are doing a good job, with 57% of voters rating its performance as bad or awful.

Unionist voters are particularly negative about Stormont, with 67% critical of its performance. This compares to 41% of nationalist voters and 48% of Alliance/Green Party backers.

Turning to the British government, 88% of voters in Northern Ireland believe Prime Minister Boris Johnston is doing a bad/awful job while 72% think the same of Northern Secretary Brandon Lewis.