They were among more than 5,700 athletes who entered to take part in this year's event, with Raheny Shamrock runner Clohisey coming home in a time of 2:20:42.

Ross was a minute behind at the half way point, but took the lead around the 20 mile mark and held on to win in a time of 2:43:43 to take the women's title.

The wheelchair race was won by Karol Doherty from Derry in 2:47:06.

The race is Northern Ireland's largest mass participation sporting event since the pandemic began, with an estimated 5,000 people taking part.

Around 10,000 others took part in the relay race, fun run and walking events. 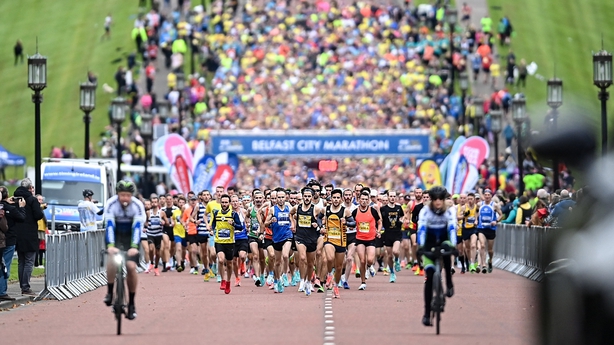 Roads along the course started to close at 6am and were due to reopen once all runners have passed. 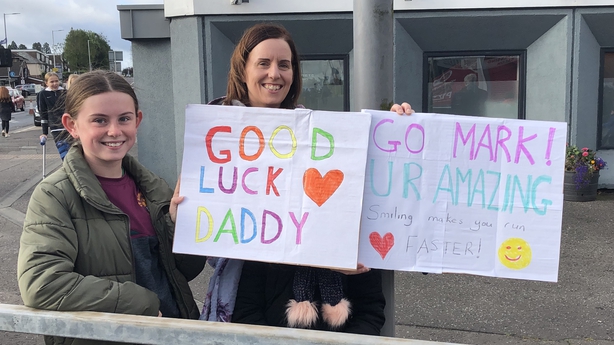 It is the first time the marathon has been held in October - the event normally takes place in May but was delayed due to coronavirus restrictions.

It is also the first marathon to be held in the city since 2019, and the first time the National Marathon Championships have been held in Belfast since 2002.