Massive queues formed as home furnishings retailer Ikea opened its doors for the first time in months in Belfast.

The store saw long lines, which were patrolled by social distance wardens, running along the main road outside.

Samantha Fisher and her daughter Atlanta, from Groomsport, near Bangor in Co Down, queued from 8am.

They have a bedroom to furnish which has lain empty for weeks during the coronavirus pandemic lockdown.
Ms Fisher said: "I wanted my dressing table.

"My room is empty because I did it up a few months ago and it is just a big space ready for it to go in.

"So that will be my husband's job tonight, to build it and put it together."

People were allowed into the cavernous store in small numbers from 9am.

Extra screens have been installed to protect staff and wipes were available at pay points. 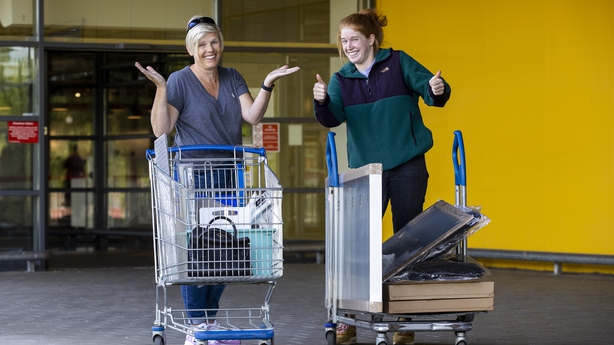 She worked for Flybe and was made redundant at the start of March when the airline collapsed.

Her daughter was studying and said everything had been put on pause.

Ms Fisher said: "Things are starting to change a bit now, at least you are able to get out of the house and see your friends.

"I feel sorry for the young ones because they are missing all their friends."

The Stormont Executive announced recently that some large lower footfall or outdoor stores like garden centres could begin to reopen as part of the easing of lockdown.

Most non-essential retailers have been shuttered since March to inhibit the spread of coronavirus. 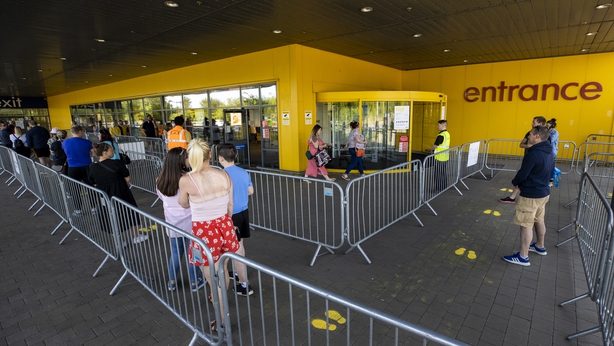 Customers were photographed snaking around car parks as they waited their turn to go in.

Families are banned, with the business saying it will only allow one adult and one child per household inside the store at any one point.

The Coventry store did not reopen and will remain closed permanently.

Play areas and restaurants will stay shut, but Ikea insists its popular meatballs will be available in food courts to cook at home.

Since the pandemic and subsequent store closures, Ikea's car parks in Gateshead and Wembley have been turned into drive-through coronavirus testing sites.

Key workers were also allowed to shop in the in-store Swedish Food Markets after being tested.

Bosses had previously asked shoppers to "come prepared with ready-made lists and own bags" for the reopening.

Click and collect facilities are also opening in a phased approach and in line with British government guidelines, with Ikea saying this will depend on which UK region stores are in.

Cash will not be accepted, with all payments by card or contactless device only, and customers should avoid travelling to stores just to process refunds because Ikea says it has a 365-day returns policy.