Sinn Féin's Conor Murphy has apologised to the family of Paul Quinn for remarks he made about the 21-year-old after he was murdered in October 2007.

Mr Quinn was beaten to death by a gang in Co Monaghan. At the time, Mr Murphy alleged that Mr Quinn was involved in criminality before he was killed.

Speaking to RTÉ News, Mr Murphy said he withdrew those remarks and apologised to the Quinn family.

However, Mr Quinn's mother Breege has reiterated her call for him to resign as Minister for Finance at Stormont.

Sinn Féin's Conor Murphy has apologised to the family of Paul Quinn for remarks he made about the 21-year-old after he was murdered in October 2007 | Read more: https://t.co/wxh9l03OAs pic.twitter.com/KIiEBglJIk

Mr Murphy said: "Remarks that I made at the time of his killing are a matter of regret. I am sorry that that has added to the grief that the family has felt. I want to apologise to them for that.

"I want to withdraw those remarks."

Mr Murphy said he hoped to meet the Quinn family in the "near future".

Mr Murphy added: "I have consistently condemned the killing of Paul Quinn. I have said that those responsible for this murder are criminals and deserve to be brought to justice."

He also called on anyone with information "that can assist in the apprehension of those involved in the murder" to contact gardaí or the PSNI.

Asked about his position as a minister, Mr Murphy said he intended to continue in his job.

"There's important work to be getting on with in terms of reinstating these institutions and trying to rebuild confidence in them.

"That is the task I have been given and I intend to continue to do that."

However, Mr Quinn's mother Breege has again called for Mr Murphy to resign as a minister. 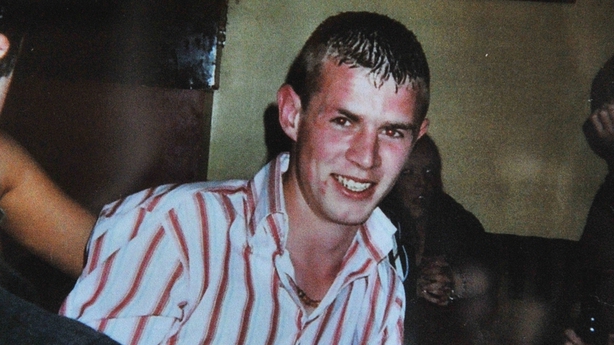 Speaking on RTÉ's Drivetime, Mrs Quinn said Mr Murphy "should finish off and get justice" for the Quinn family.

She said that until he does this "he is not fit for his job as minister, as he has shown no compassion".

Mrs Quinn again called for Mr Murphy to "go and tell the PSNI and the gardaí exactly who he was speaking to" in the IRA after the murder.

Mr Murphy said in 2007 that he had spoken to IRA men in Cullyhanna, who reassured him that the murder was not carried out by the IRA.

Mrs Quinn said that her family has been "torn apart" since the Sinn Féin politician made his remarks and asked "why has it taken him 13 years" to withdraw them.

She said she would not meet Mr Murphy until he "comes out publicly saying that he is going to the PSNI to give the names of the IRA that he spoke to in Cullyhanna".

Sinn Féin's Conor Murphy says he intends to continue to represent the party as Finance Minister at Stormont as he apologised to the Quinn family for remarks he made in 2007 | Read more: https://t.co/wxh9l03OAs pic.twitter.com/rnUuTgpLxx

Earlier, Sinn Féin leader Mary Lou McDonald said her party colleague would "retract and apologise for comments made" in relation to the murder of Mr Quinn. She also said that Mr Murphy would meet the Quinn family.

Speaking at Sinn Féin's head office in Dublin, Ms McDonald insisted that Mr Murphy would not be stepping down from his ministerial position.

Ms McDonald said: "The Quinn family have been through a terrible trauma and it is fair to say that the only criminals involved in this scenario are the people who took his life so brutally."

She added that she is "very conscious of the fact that those who committed the crime are still at large and that there is a live investigation under way.

"The important thing and the real path to justice and some comfort to the family is to ensure that those who took Paul's life are brought to justice."

Mr Murphy spoke to the BBC in November 2007 and said: "Paul Quinn was involved in smuggling and criminality and I think everyone accepts that. As I say this is a very difficult situation as there is a family grieving and I don't want to add to their grieving."

Today, Ms McDonald said: "He (Conor) has made an apology. It's sincerely made and I hope and trust that the Quinn family will get some level of comfort from that.

"But ultimately the issue here is that those who carried out the murder are actually brought to justice."

Ms McDonald said she made an "honest mistake" when she said she did not believe that Mr Murphy had said that Mr Quinn was involved in criminality.

She said she only realised her statement was incorrect when she saw the BBC Spotlight programme in which the comments were made.

Ms McDonald added that she had not recalled the remarks were so pointed, that Mr Murphy had not misled her about what he had said, and that the comments had been made over a decade ago.

WATCH: RTÉ Investigates examines why no one has been charged with Paul Quinn's murder

She said she had no difficulty apologising for anything she said or failed to say that had caused any anguish to the Quinn family.

Ms McDonald said Mr Murphy never intended to cause hurt or offence, but that is what happened and that as a mother herself she could not imagine the trauma of losing a son in such a brutal way,

She added that Mr Murphy met the PSNI and gardaí at the time and she again appealed to anyone with information about the murder to come forward.

Ms McDonald said the controversy was not an election issue, but a matter of justice for the Quinn family. 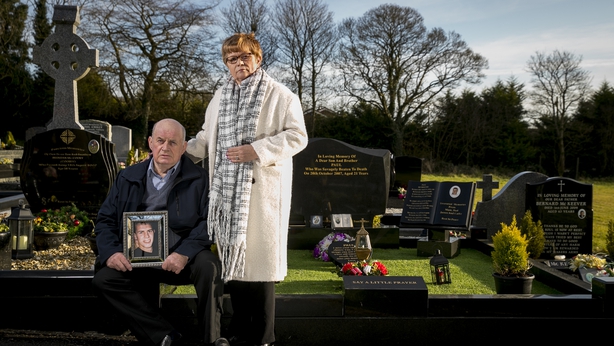 Mrs Quinn denied that her family has suddenly started asking questions because there is a General Election and said that she has been "fighting morning, noon and night for the past 13 years for justice" for her son.

She said that she was surprised by comments made by Ms McDonald on the Prime Time debate last night. She said she did not expect an apology so soon, but that Ms McDonald was "put under pressure".

Mrs Quinn said she was not political and did not care about politics.

She said she hoped she would see the killers brought to justice because "you have to have hope, it keeps you going".

She said her husband has not gone anywhere, to any function or any wedding, since their son was murdered.

The only place he goes, she said, is to the graveyard - where he goes every day - "hail, rain or shine".