The findings of a public inquiry into the botched green energy scheme that caused the collapse of devolution in Northern Ireland will be published on 13 March.

The announcement of the publication date ends months of speculation about when the Renewable Heat Incentive inquiry would report.

Inquiry chairman Patrick Coghlin will present his findings at Parliament Buildings in Stormont.

Sinn Féin pulled the plug on the ministerial executive in January 2017 when DUP leader Arlene Foster refused to stand aside as First Minister to facilitate an investigation into her role in the error-ridden scheme.

The late Martin McGuinness resigned in protest at her decision, precipitating the three-year power-sharing crisis - an impasse that was finally ended last month when the parties agreed to go back into government together. 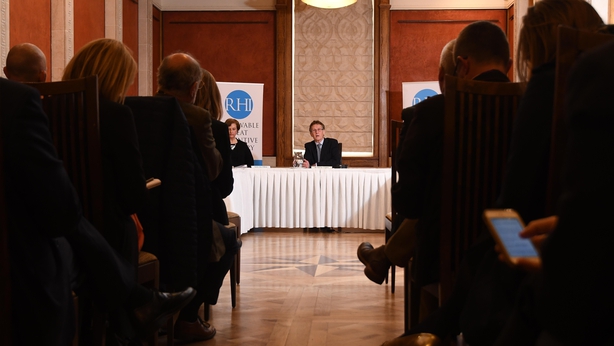 The RHI scheme was designed to encourage businesses and farmers to switch to eco-friendly wood pellet boilers by offering a subsidy to buy the sustainable fuel.

However mistakes in its design meant applicants were paid more than it cost them to buy pellets, creating a "burn to earn" incentive which left Stormont facing a multimillion-pound overspend bill.

Mrs Foster was the minister in charge of the scheme during its inception and implementation.

Her role came in for intense scrutiny during the inquiry, as did the actions of several DUP ministerial advisers.

The actions of Sinn Féin ministers and advisers were also challenged by the inquiry panel.