Seven people have been arrested in Northern Ireland as part of an investigation into international money laundering of criminal assets worth around £215 million (€252m).

The operation has been described by the PSNI as "one of the most significant live investigations into money laundering in the UK".

The operation, involving officers from the PSNI's Economic Crime Unit, took place over the past two days and is the largest money laundering search and arrest operation carried out in Northern Ireland.

The PSNI searched 15 properties in total, with eight searches carried out yesterday in Banbridge and Newry in Co Down, and in Omagh in Co Tyrone. 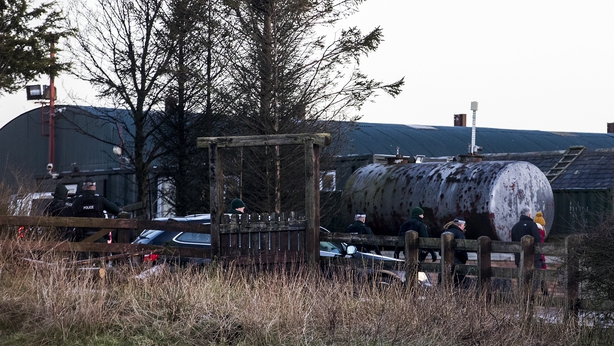 The 50 and 67-year-old men and the 32-year-old woman remain in police custody and are being questioned by detectives.

The PSNI liaised with officers from the Garda Economic Crime Bureau and the Criminal Assets Bureau during the investigation, as well as members of the UK's National Crime Agency, United Kingdom Financial Investigation Unit and UK Revenue and Customs.

In a statement, the PSNI said it was working with Europol and Interpol due to "international associations" identified.

"We believe today's operation is one of the most significant live investigations into money laundering in the UK," Detective Chief Inspector Ian Wilson said. "During our extensive investigation we identified that a significant volume of suspected criminal cash was being laundered out of the country through a number of shell companies and bank accounts held here in Northern Ireland.

"The investigation has identified over 50 companies and over 140 bank accounts.

"In total, almost £215 million has been deposited to thousands of bank accounts across the UK and also transferred out of the UK through foreign exchange companies since 2011."