Northern Ireland MLAs have been paid £15m since the Assembly collapsed more than two years ago, a Westminster committee has heard.

Northern Secretary Julian Smith described the sum as "unacceptable", and said he plans to look at MLA salaries if there appears no prospect of the stalemate ending.

"If you look at the thousands of political decisions which are not being made each week... and if you reflect upon what it took to deliver the Good Friday Agreement and deliver these institutions, it is an absolute tragedy that this Assembly is not up and running," he told the Northern Ireland Affairs Committee.

Devolved government at Stormont collapsed in January 2017 following a breakdown in relations between the DUP and Sinn Féin.

Multiple rounds of talks to revive the Assembly have ended without agreement, and in the absence of local ministers, senior civil servants have been left to lead departments.

Appearing before the committee today, Mr Smith said it has been one of his priorities since becoming Secretary of State in July to see the Assembly functioning again.

He said he has had "good discussions" with the parties, but it remains challenging to get them working together.

"The Irish Government and the British Government are committed and working very closely on trying to get a text that everyone can agree on," he said.

"I think when the direction of travel on Brexit is secured, that will much more straightforward."

It emerged during the committee meeting that the 90 MLAs have been paid just under £15m since the Assembly collapsed.

North Down MP Sylvia Hermon said the general public "are absolutely furious that MLAs continue to receive handsome salaries for not doing their full job." 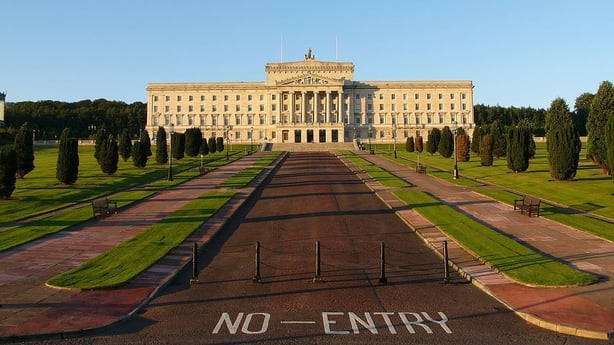 He told the committee: "If it looks as if the Executive and Assembly do not get up and running, I will be looking at what we do on salaries.

"To defend MLAs that are working in their constituencies, doing casework and working for people across Northern Ireland, I do believe the vast majority are doing good work, but clearly for citizens going to work this is extremely frustrating."

However Mr Smith said reintroducing direct rule would be a "retrograde step."

Direct rule of Northern Ireland from London was most recently utilised between 2002 and 2007, ending with the St Andrew's Agreement.

"I just feel it is a completely retrograde step to move back to London taking control," he said.

"Each party, I believe, does want to get back into the Assembly and Executive. Obviously getting everyone to agree to be back in has been difficult."