Police in Northern Ireland have launched an investigation after a dissident republican march in Newry breached parade restrictions.

Saoradh held a march to commemorate hunger strikers in Newry, Co Down after it was given the go-ahead by the Parades Commission to abide by its strict conditions.

Police have identified Saoradh as the political wing of the New IRA, who have been blamed for shooting journalist Lyra McKee in Derry on 18 April.

The murder has been widely condemned across the political spectrum, criticism fuelled by a statement released by the group apologising to the family of Ms McKee.

The gunman is believed to have been aiming at police during disturbances in the the Creggan area of Derry when he hit the 29-year-old, who died in Altnagelvin Hospital in the city.

The parade today began at Kilmorey Street and made its way through the city to Raymond McCreesh Park, where a rally was held to commemorate the IRA and INLA members who took part in hunger strikes. 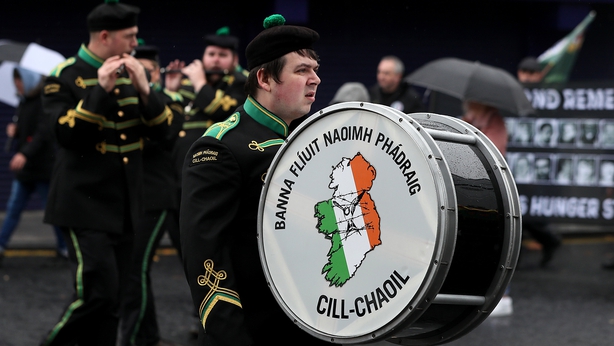 Police officers following the parade could be heard telling the marchers: "This parade breaches parade commission determination and you are now liable for prosecution."

The Parade Commission's code of conduct prohibits the display of all references, insignia, flags or emblems relating to any proscribed organisation and the wearing of paramilitary-style clothing is also banned. 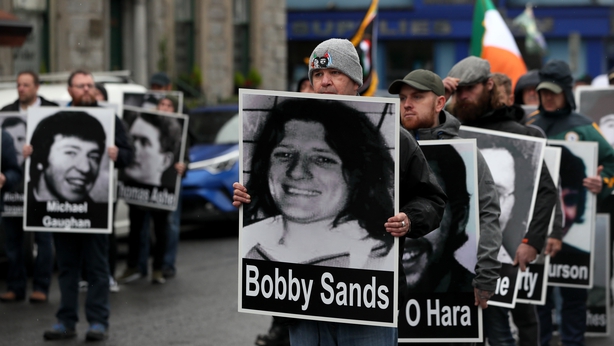 The code of conduct states participants "must act with due regard for the rights, traditions and feelings of others, and must refrain from using words, or behaviour, which could reasonably be perceived as being sectarian, provocative or threatening".

"The aim of the policing operation today was to keep people safe and facilitate the parade in line with the law. A full evidence gathering operation was in place and an investigation into the breaches has commenced," he said.