A bonfire festooned with flags and abusive placards about the soldier being prosecuted for Bloody Sunday murders has been lit close to the scene.

Parachute Regiment material was placed all over the pyre before it was ignited last night in Derry's nationalist Bogside estate. Hundreds of onlookers watched as the bonfire, which is torched every August, went up in flames.

A number of fire appliances attended and doused a nearby building with water to ensure it did not catch light as the bonfire burned. 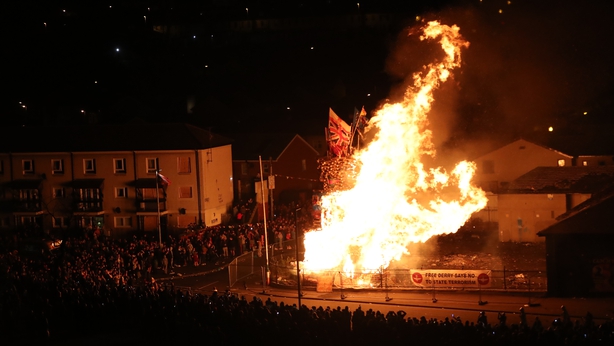 A veteran paratrooper, known as Solider F, is facing prosecution for two murders and four attempted murders on Bloody Sunday.

Thirteen civil rights demonstrators were killed when paratroopers opened fire on crowds in Derry in January 1972 in what was one of the most notorious incidents of the Troubles. Another later died in hospital.

The case of Soldier F, which is due to reach the courtroom for the first time in September, has become the subject of intense controversy in Northern Ireland and beyond. 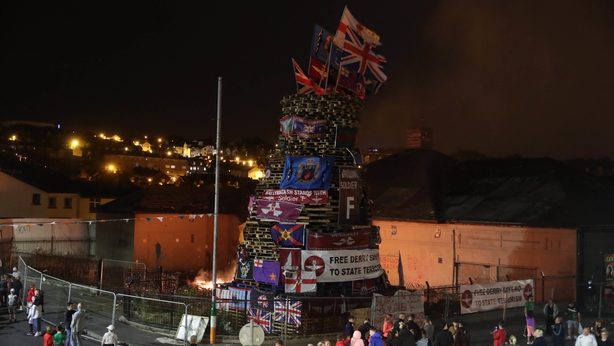 Loyalists have been using the Parachute Regiment symbol to show support for Soldier F.

The lighting of the bonfire comes days after a loyalist flute band was accused of insensitive behaviour after taking part in a loyal order parade through Derry on Saturday wearing uniforms carrying the regimental insignia and the letter "F".

Police have sent prosecutors a report on the actions of Clyde Valley Flute Band, from Larne, to assess if members were guilty of provocative conduct. A bonfire is torched on 15 August in Derry every year to mark the Catholic feast day of the assumption of the Virgin Mary into heaven.

However, in recent times the fire, which is built by local youths, has become a source of contention and associated with anti-social behaviour.

Police monitored the final construction of the bonfire from a distance yesterday, using cameras on high poles. 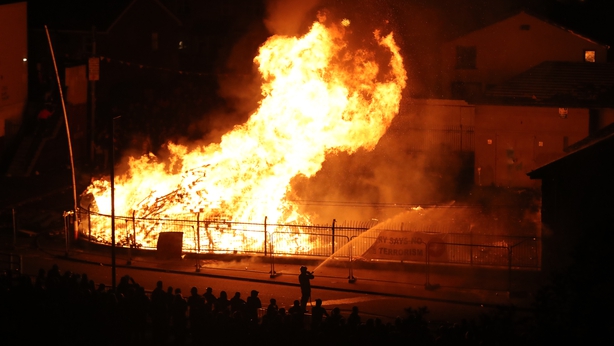