Almost 2,000 tyres have been removed from a bonfire site in Belfast, it has emerged.

Contractors, accompanied by police, removed the tyres from a pyre in Lismore Street, close to the Ravenhill Road,

The move came following a decision by Belfast City Council ahead of the lighting of an estimated 80 to 100 bonfires across the city on 11 July.

Bonfires are traditionally lit in loyalist and unionist communities across the North every 11 July to mark the anniversary of the Battle of the Boyne in 1690, when the Protestant King William defeated the Catholic King James II.

They precede the Orange Order's marches which take place on 12 July.

Yesterday, a spokeswoman for Belfast City Council said its approach to "managing bonfires" is "led by elected members".

"A member-led decision-making process has been agreed to consider issues and make decisions on a site-by-site basis," it added.

Meanwhile, a forklift truck at Avoniel Leisure Centre toppled a pyre there and began taking away rubber following concerns about the potential environmental impact of the smoke. 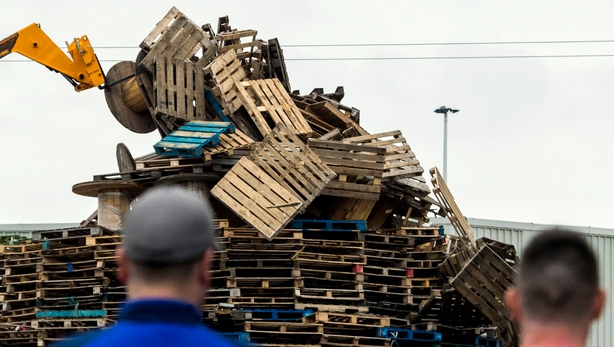 On Sunday the leisure centre closed after the entrance was barricaded.

A committee at Belfast City Council voted to use contractors to remove materials from the site and another at nearby Ashdale Street car park.

A short time after the meeting finished, bonfire builders in both areas took action themselves. 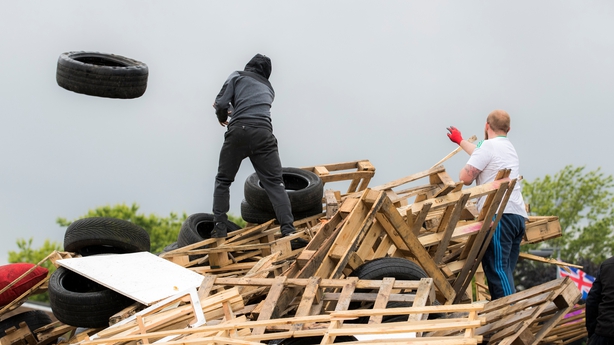 A council spokeswoman said: "It was decided to act in the public interest and, given the level of concern regarding bonfires at Avoniel and Ashdale Street car park, that action would be taken to remove materials.

"Efforts have been ongoing for several months to encourage bonfire builders to be mindful of the need to protect life and property, and not to burn tyres."

In Portadown, residents in a block of flats have been strongly advised to leave their homes amid serious concern about a nearby bonfire.

Ulster Unionist MLA Doug Beattie said between 30 and 40 families could be affected.

Mr Beattie said the bonfire has the support of the local community, and the sole issue this year is the height of the pyre.

In a letter to tenants, South Ulster Housing Association said it has been put on notice by the council that "the bonfire poses a serious health and safety risk to residents".