Final preparations are being made for the biggest sporting event to be held in Northern Ireland.

There are just 18 days until the 148th Open Golf Championship tees of at Royal Portrush Golf Club in Co Antrim.

Tiger Woods, Rory McIlroy and most of the other big stars of golf will arrive in the town, accompanied by tens of thousands of fans who will follow every shot.

Tickets for the event sold out in record time, including the sell-out of general admission Championship days for the first time in the history of the tournament.

Around 215,000 spectators will pack the course over the four days of the tournament.

Organisers say nearly 70% of those who bought tickets are from the island of Ireland. Of the rest, 17% are travelling from the UK, 12% from the USA or Canada and 2% from Australia or New Zealand.

In addition to those attending, an estimated 600 million people in more than 300 countries will watch the event on television.

The huge logistical operation to get the course ready is still under way.

Galleries for the fans and towers for tv cameras are in place, but other work is still going on.

The pressure is on. The tournament tees off on 18 July, with practice days starting on 14 July. 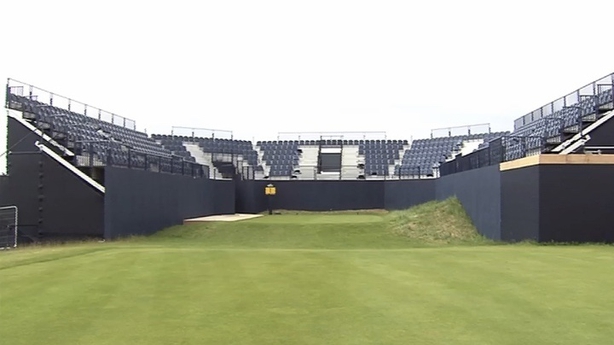 But the organisers say everything is on schedule. The seaside resort itself has also been given a €19m facelift.

The town of Portrush has a population of just 7,000. There is a newly refurbished train station as the vast majority of spectators are expected to use public transport to get to the event.

There are new shopfronts, buildings and footpaths, and additional car parking spaces. 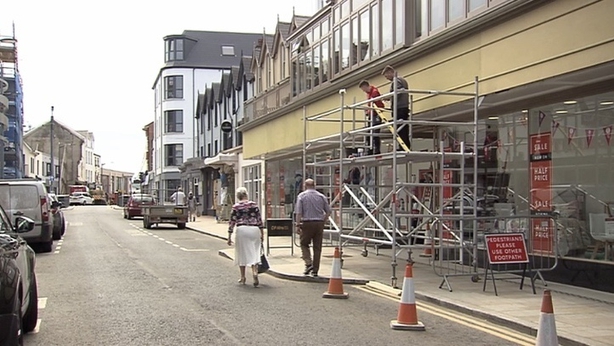 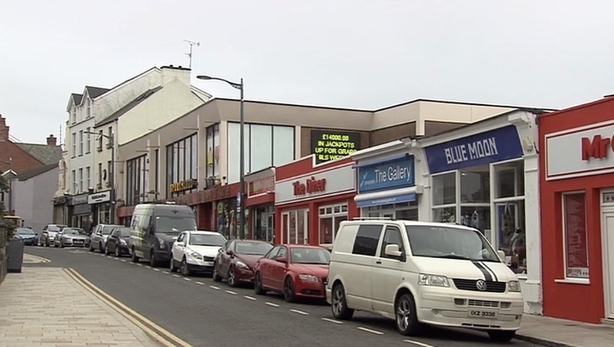 Sinn Féin’s Sean Bateson, Mayor of Causeway Coast and Glens Borough Council, says all of those involved in preparations for the event are confident it will run smoothly.

"Of course in a town this size there will be congestion when crowds of this size come to visit, but there are plans in place to mitigate that congestion as much as possible," he says.

"The regeneration scheme has also made a significant difference. The town looks stunning and I have no doubt it will make a very positive impression on everyone who comes."

Some businesses have expressed concern that they would not see any real benefit from the Open because of a policy which means spectators must stay on the course once they enter, and can not leave and re-enter later.

But the regeneration programme has been welcomed. 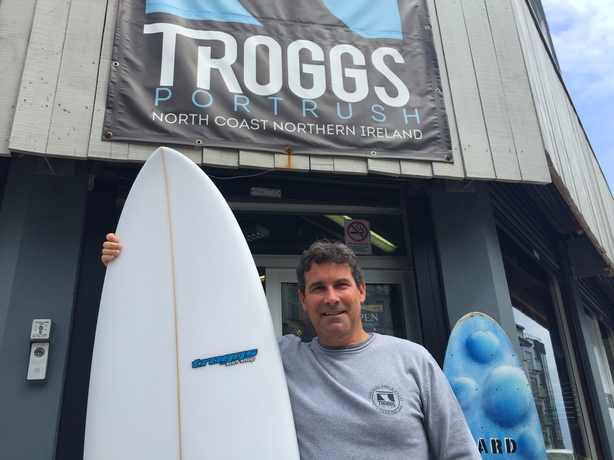 Andy Hill runs Troggs Surf Shop. As the name suggests, it sells surf boards and other equipment and has been doing so since 1984.

"It's been very helpful," he says.

"Portrush did get a wee bit tired looking there a few years back, a wee bit run down.

"The amount of investment in the town with the golf coming has been phenomenal. All the shops, cafes, restaurants are all looking in tip top form for the event."

He is confident the Open will have a lasting positive legacy for the town and the north coast in general.

"They say 600 million people will watch the Open all over the world, if even just 1% like what they see and come to Northern Ireland that will be six million visitors."

David Christie runs a shop selling memorabilia for the North West 200, an annual motorcycle event that attracts tens of thousands of fans every May.

He opened in September last year and is also confident the entire region will benefit. 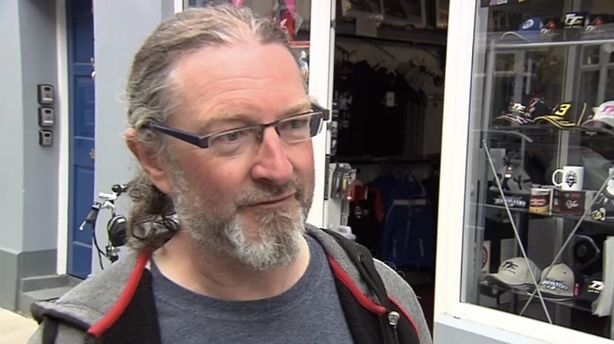 "I think it’s fantastic. The amount of work that’s going on both public and private investment going into the town, the whole place is looking so much better than it did before," he says.

"Derelict buildings are being turned into something nice and there’s just a great buzz about the whole place in general.

"This event will showcase the whole place, it will be seen by millions across the world. I think people will want to come to see it for themselves, and golfers will want to play course where Tiger Woods and others have so played."

The regeneration package for the town was the last large infrastructure project agreed by the Stormont Executive before the Assembly collapsed in January 2017.

Civil servants who have overseen the programme say that it is about much more than just making the town look good the next few weeks.

"This is not just about the here and now," says Tracey Meharg, Permanent Secretary with the Department for Communities.

"It’s a lot of money to spend, but we believe it will have a long lasting legacy and help attract visitors, whether playing golf or not, for years to come." Holidaymakers arriving in NI from Spain to quarantine for 14 days