A man who was competing in the Donegal International Rally has died following a collision at the event.

Donegal Motor Club and Motorsport Ireland have named the man as Manus Kelly, a three-time winner of the competition and they extended their sympathies to his family.

In a statement this evening, Fianna Fáil Leader Micheál Martin expressed his deep sadness at the tragic death of Mr Kelly and offered his sincere condolences to his wife Bernie and their five children.

Deputy Martin said: "Manus had just embarked on a promising career in local politics" and added that Mr Kelly will be "sorely missed by his family, friends and all those closest to him". 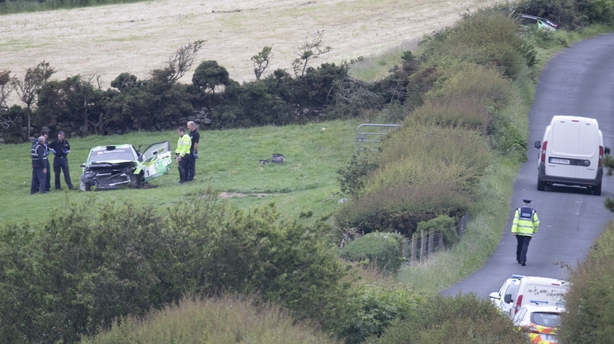 The incident happened at around 12.30pm.

It is understood it occurred at the Fanad Head loop on the final day of the three-day event.

A second man was injured in the crash.

He has been taken to Letterkenny General Hospital for treatment.

The final stages of the rally were cancelled after the crash and all of the competitors were redirected back to the starting line in Letterkenny.

An investigation is under way and "will be assisted by Motorsport Ireland and Donegal Motor Club".

"Motorsport Ireland and its affiliated clubs are recognised internationally for operating to the highest standards of motorsport safety for competitors and spectators in line with the best practice of the FIA (governing body).

"The entire motorsport community extends its fullest sympathy to the family of the bereaved."

The Joule Donegal International Rally is one of the biggest rally events in the country, drawing tens of thousands of spectators.

In excess of 200 competitors took part in this year's event.