A criminal investigation into two journalists arrested over confidential material they aired in a documentary has been dropped, the men and their lawyers have said.

Trevor Birney and Barry McCaffrey were arrested last August over the alleged theft of a police watchdog document that appeared in their film on a notorious loyalist massacre during the Troubles.

The reporters, who insist the material on the 1994 Loughinisland killings came from an anonymous whistleblower, have been on bail ever since.

They said the PSNI informed them that the case was being dropped.

Mr Birney and Mr McCaffrey said: "Our first thoughts are with the Loughinisland families.

"The attack on us was an attack on them. We call on the PSNI and Durham to apologise to them for putting them through this unlawful charade.

"The police have dropped the case for one reason only - finally, they accept that by arresting us and raiding our homes and offices, they were the ones that acted unlawfully."

The film makers' case has attracted worldwide attention, with the award-winning reporters having mobilised a high-profile campaign against what they portrayed as an attack on press freedom.

Durham Police had been called in by officers from Northern Ireland to investigate the alleged theft.

The development comes days after three senior judges in Belfast quashed warrants used by police to seize a wide range of journalistic material from early morning raids on the men's homes and their film company, Fine Point.

Their 2017 documentary No Stone Unturned broke new ground by naming suspects it said were involved in the UVF killings of six Catholic men gathered in a village pub watching the Republic of Ireland play Italy in the World Cup.

No-one has ever been convicted of the murders. 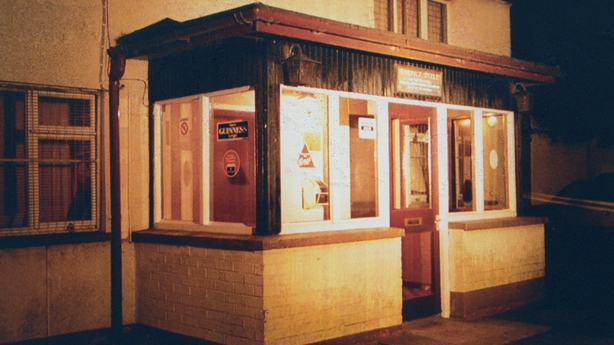 Police had been investigating how information contained in a Police Ombudsman for Northern Ireland document appeared in No Stone Unturned.

As the Loughinisland killings have long been linked to allegations of police collusion, PSNI Chief Constable George Hamilton had asked Durham Police to conduct the investigation, citing potential conflict of interest concerns if local officers led the probe.

The development came hours after a court heard that the haul of journalistic documents and equipment that police inappropriately seized from Mr Birney and Mr McCaffrey were now available for them to reclaim.

The men are due to collect their possessions from a Belfast police station later.

In their statement, the reporters added: "At last, the penny has dropped for the Chief Constable, George Hamilton.

"But this only comes after nine months of a judicial review that was instigated and funded by Fine Point Films to protect the rights of a free press.

"The Lord Chief Justice told the court last week that we had no case to answer. We were right to protect our sources.

"The PSNI put the cudgel in the hands of Durham Constabulary and let them loose on us and on press freedom itself."

The men questioned why detectives had not instead focused on going after the Loughinisland killers.

The men called for an immediate and independent investigation, demanding that senior officers in the PSNI and Durham Police were "held accountable".

"We now know they were supported by the local Public Prosecution Service which is shocking," the reporters added.

"They need to answer questions how they could have supported such an unlawful investigation.

"We thank the NUJ and Amnesty International for their support in particular.

"We've been humbled by those at home and abroad who have stood by us throughout the past nine months.

"But most of all, we thank the Loughinisland families. We are proud to have brought their story to the world."

Mr Hamilton said: "I have always accepted the autonomy of Chief Constable Barton's inquiry and I fully concur with his decision not to progress the investigation into the two journalists Mr Birney and Mr McCaffrey.

"Throughout the period of this investigation, the horror of what happened in Loughinisland has never been far from any of our thoughts. The perpetrators of that crime have never been brought to justice and that is a matter of huge regret for policing."

He added: "The police investigation into who murdered the six innocent men in the Heights Bar in 1994 remains open but progress is dependent on new information. There are people out there who know what happened. I would appeal to them to come forward and make a statement that will help us finally bring justice to the families of the victims.

"I am aware that the investigation over the last year has caused concern for families who have already suffered so much. That is something none of us would ever have wished to do.

"However, as a police service, the suspected theft or unlawful leaking of any sensitive documents containing information that may endanger life is a serious matter which we are statutorily obliged to investigate.

"Recognising the sensitivities, we asked an independent police service to conduct the investigation. The clarity provided by last week's hearing has now brought a significant part of that investigation to a conclusion.

"I await the final report from Durham on this complex investigation."