A murder investigation is under way following the deaths of three people in Newry, Co Down.

However, police have said they are not looking for anybody else in connection with the deaths.

The bodies of a man, woman and a teenage girl were discovered at around 11am in an apartment at Glin Ree Court, near the city centre.

It is understood all three were known to each other.

The nationalities of the deceased have not yet been confirmed.

Detective Superintendent Jason Murphy said: "The bodies of a 38-year-old male, a 37-year-old female and a 15-year-old girl were discovered at a flat in Glin Ree Court at around 11am this morning.

"At this time the three have not been formally identified and cause of death has not been established."

Earlier, he said that post-mortem examinations will take place in due course. 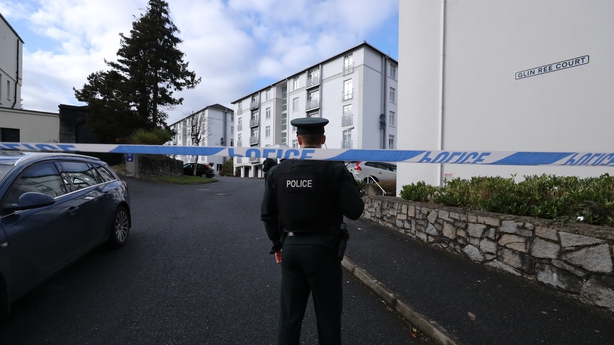 Officers are at the scene and police tape marked the area preserved for forensic investigation in front of the apartment.

SDLP's Justin McNulty tweeted earlier that the community was in shock and "a dark cloud hangs over Newry".

Sinn Féin councillor Charlie Casey also expressed shock and said "details are still emerging and a police investigation is under way and that should be allowed to proceed.

"I would encourage anyone with information on this incident to bring it forward to the PSNI."