The ISPCA in Donegal is appealing for a new home for a Royal Python found in Co Leitrim during the summer.

The three-year-old female snake had been spotted by visitors to the Ecopark outside Kinlough in July.

She was rescued by the ISPCA, along with the help of volunteers at the park, and taken to Letterkenny for rehabilitation. 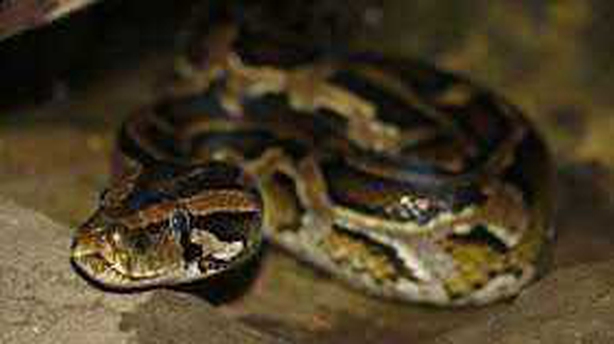 Named Penelope, she has since been cared for at Tropical World at Alcorn's Garden Centre in the town.

Mr McGinley appealed for someone with an interest in and knowledge of reptiles and who can provide the right accommodation to mimic Penelope's natural environment.

He said Royal Pythons are solitary creatures so she could only be housed alone.

He added that this would be a long-term commitment as they can live for up to 20 years.

Mr McGinley said the ISPCA also wants to avoid the situation, which obviously occurred in the first place, whereby the snake's owner had abandoned her.