The UVF has threatened to orchestrate "serious disorder" in east Belfast tonight, according to police.

PSNI Assistant Chief Constable Alan Todd said he had received information that indicated the group intended to "orchestrate and participate in serious disorder" in the east of the city.

It comes as bonfires take place across Northern Ireland as part of the Eleventh night celebrations.

Meanwhile, cars and a bus were hijacked and set on fire on the outskirts of Belfast and in nearby Newtownards tonight.

The remnants of a pipe bomb were found close to one of the contentious bonfire sites after reports of a loud bang in the area on Wednesday afternoon.

A significant police presence remained in place in parts of east Belfast on Wednesday night.

The violence is linked the moves to limit the size of bonfires at Bloomfield Walkway and Cluan Place in east Belfast.

On Tuesday evening, a High Court judge ordered that the Bloomfield Walkway bonfire be reduced in height.

Police moved into the area at around 5.30am on Wednesday morning, but loyalists set it alight before the material could be seized.

The threat from the UVF is believed to be directed at police officers.

In Newtownards, Co Down a bus carrying passengers was hijacked by masked men, who were believed to have been carrying firearms.

None of the passengers were injured in the incident which took place around 7.30pm on Wednesday.

The bus was hijacked in Blenheim Drive and later set on fire.

Police were also at the scene of nearby Messines Road which was blocked by burning tyres.

On the Upper Newtownards Road in Dundonald a number of masked males pushed a car into the road and set it on fire close to Robbs Road at around 9.45pm.

A further report was received that two cars were set on fire close to the Carrowreagh Road. 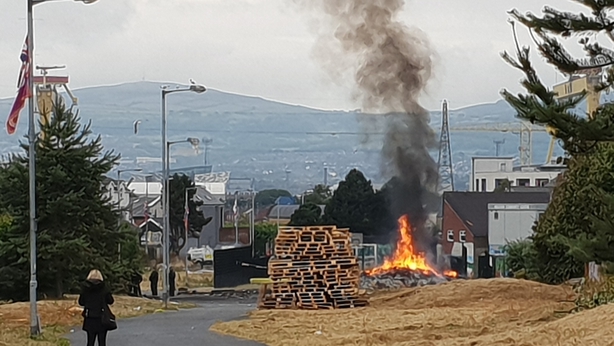 'Dissidents reponsible' for shots at police

Meanwhile, dissident republicans were responsible for a volley of gunfire on police in Derry last night, the PSNI has said.

In a fourth night of violence, six shots were fired at officers close to the city's walls.

None of the officers were injured and the bullets were found both in the walls themselves and nearby trees.

It is believed the shots were automatic gunfire that came from the vicinity of the Bogside Inn.

Around 16 petrol bombs and five paint bombs were also thrown close to the walls and at police patrols. 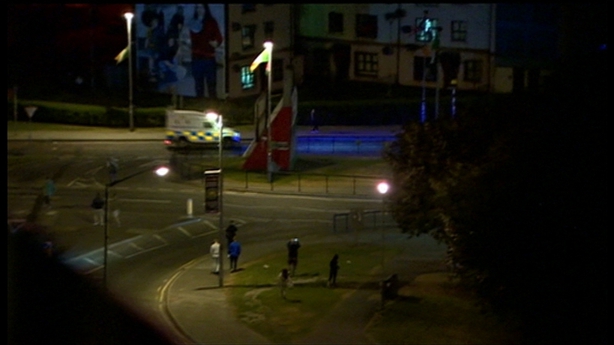 "Officers who were in the city last night to deliver a community safety operation are wakening up this morning trying to come to terms with what could have been. "We are offering them every support," he said.

"It is quite clear that this attack was carried out by violent dissident republicans who we believe engineered the disorder we have seen in the city over the last number of nights.

"While this is a serious and disturbing escalation it will not deter us from doing our job and that is protecting the people of this district."

"Anyone, who was in this part of the city, at this time, including children or young people could have been killed," she said. "This murderous attack has to be condemned by all right-thinking individuals.

"I would call on all people of influence within the community to continue their efforts to encourage dialogue and reduce tensions. 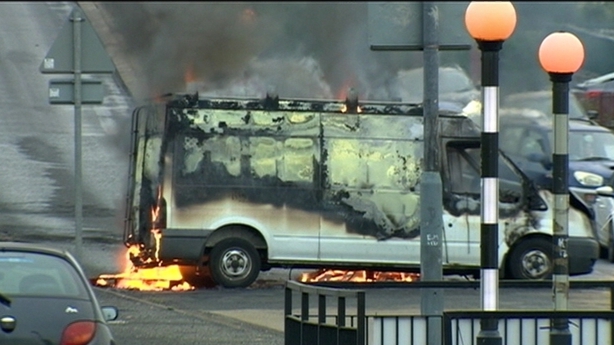