The British Prime Minister has said the system for investigating soldiers and police in Northern Ireland is "patently unfair".

Theresa May claimed some terrorists were not being pursued, as senior members of her Conservative Party hit out at proposals which would give British soldiers no protection from prosecution for offences during the Troubles.

A significant number of those killed during the conflict died at the hands of security forces members.

MPs had called for a statute of limitations which would prevent anyone from facing trial for offences that happened during the conflict, including former servicemen and paramilitaries.

However, such a law is not expected to feature in British government proposals for addressing Northern Ireland's past.

But she added: "We have an unfair situation at the moment - the situation we have at the moment is that the only people being investigated for these issues that happened in the past are those in our armed forces or those who served in law enforcement in Northern Ireland - that is patently unfair.

"Terrorists are not being investigated, terrorists should be investigated and that is what the government wants to see."

Police Service of Northern Ireland (PSNI) figures previously obtained by the BBC suggested investigations into killings by the British Army account for about 30% of the PSNI's legacy workload, with the remainder concerning republicans or loyalists.

It is investigating more than 1,000 deaths not previously fully reviewed. 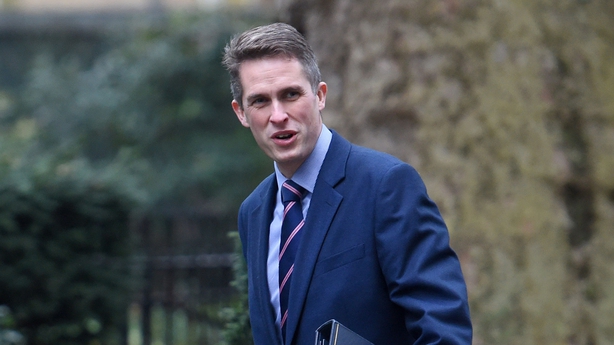 Senior British government members including Defence Secretary Gavin Williamson are among those understood to have expressed concern at any proposals on addressing the past which did not seek to prevent soldiers from being prosecuted.

Over the last year, the concept of an amnesty has gained traction among a number of backbenchers in the House of Commons in London, who claim recent prosecutions of former British soldiers are tantamount to a "witch-hunt".

Mechanisms to deal with the conflict legacy were agreed by Northern Ireland politicians in the 2014 Stormont House Agreement; an amnesty was not among them.

DUP MP Jeffrey Donaldson said a statute of limitations for the armed forces should also cover conflicts such as Iraq and Afghanistan.

"A statute of limitations is a much broader issue. We believe it should be dealt with separately from the legacy proposals.

"If you introduce a statute of limitations which relates only to Northern Ireland and our troubled past, organisations like the IRA would then press for an amnesty for their members and we believe it would be completely unacceptable to equate members of the armed forces with members of an illegal terrorist organisation."

Under a confidence and supply arrangement, the DUP's ten MPs are supporting the minority British government on key votes such as Brexit.

Sinn Féin's deputy leader Michelle O'Neill said the British government had committed to begin a consultation on a draft legacy bill, and a paper had been circulated to the political parties with the expectation that it would be published this week.

She said: "However, it is now being reported that it could be delayed yet again due to opposition within the clearly dysfunctional British Tory cabinet. That simply isn't good enough.

"Victims have already been waiting far too long and they should not be held to ransom by Tory party in-fighting.

"Victims are frustrated and angry at the constant delays and prevarication from the British government. This is being compounded by the ongoing refusal to release the legacy inquest funding requested by the Lord Chief Justice."