Two people have died after a light aircraft crashed in Co Antrim.

Paramedics, firefighters and an air ambulance helicopter attended the site near Nutts Corner after the Cessna plane caught fire.

The incident happened close to a wooded area shortly after midday, 5km from Belfast International Airport.

An airport spokeswoman said the aircraft was not operating to or from there.

The ambulance service said: "No patients were taken from the scene and the major incident was stood down at 12:49."

The Air Accident Investigation Branch sent a team to Crumlin.

The plane ended up sitting in a grassy area in the middle of a wood. Part of it was covered by what appeared to be a blue tarpaulin.

Nearby roads were closed.

The ambulance service added: "The Northern Ireland Ambulance Service received a call at 12:23 this afternoon following reports that a light aircraft had come down near Nutts Corner."

"NIAS implemented its major incident protocols in response to this incident and one rapid response paramedic, three emergency ambulance crews and four officers were dispatched to the incident. 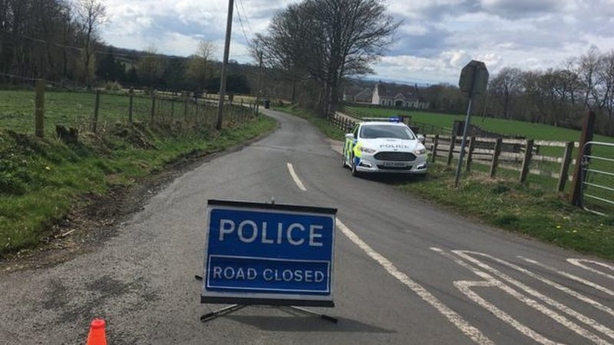 The flight was not connected to either of the two Belfast airports or an airfield in Enniskillen, Co Fermanagh.

Newtownards airport, where the Ulster Flying Club is based, said it would make no comment.

A witness told BBC Northern Ireland that he tried to help.

"It was not a nice sight, my thoughts are with the families of the two guys," he said. 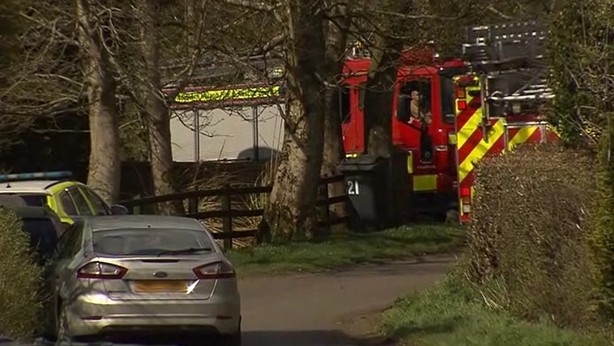