Police have appealed for anyone who was in contact with the victims of a house fire which killed four people, including a baby, in Co Fermanagh to contact them.

The blaze in the early hours of 27 February claimed the lives of Denise Gosset, 45, her 19-year-old daughter Sabrina and son Roman, 16, and Morgana Quinn, aged 16 months.

A picture of Morgana, dressed in a fluffy pink hooded babygrow was released by the PSNI, alongside images of the other three victims.

Prayers for those who had tried to help rescue the family from the burning house on Molly Road in Derrylin were said at a memorial service, the BBC has reported. 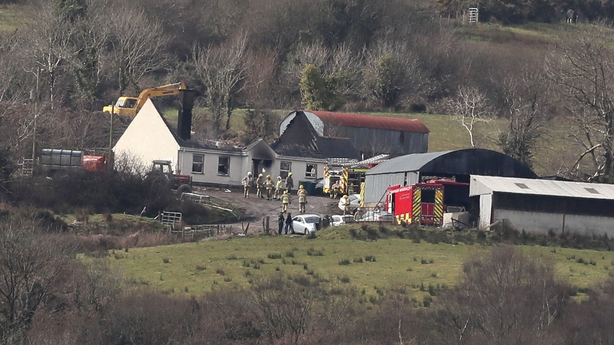 Detective Inspector Peter McKenna said: "A 27-year-old man has already appeared in court charged with four counts of murder and one count of arson.

"However, I am appealing to anyone who was in contact with Denise, Sabrina or Roman in the weeks leading up to their murders to get in touch with detectives.

"I would also like to hear from anyone who was in the area of Molly Road between the hours of midnight on Monday, 26 February through to 7.20am on Tuesday, 28 February.

"Any information, no matter how trivial it may seem, could prove to be vital to this investigation."