A Russian-flagged cargo ship at the centre of a fight over grain between Ukraine and Russia remains anchored off Turkey's Black Sea coast four days after its unexpected arrival.

Ukraine alleges that the Zhibek Zholy had set off from its Kremlin-occupied port of Berdyansk after picking up illegally seized wheat.

Russia concedes that the 7,000-tonne vessel was sailing under the Russian flag but denies any wrongdoing.

NATO-member Turkey has said nothing official in public as it tries to maintain its open relations with both countries while facing Ukrainian pressure to seize the ship.

The saga started when a Kremlin-installed leader in southeastern Ukraine last Thursday announced the launch of the first official grain shipments across the Black Sea since Russia invaded its neighbour in February.

Russia claims to have "nationalised" Ukrainian state infrastructure and to be buying crops from local farmers.

Ukraine says the grain is being illegally seized and used to fund Russia's war effort.

Marine traffic websites then showed the vessel reaching Turkey's Black Sea port of Karasu and stopping about half a mile off the coast. 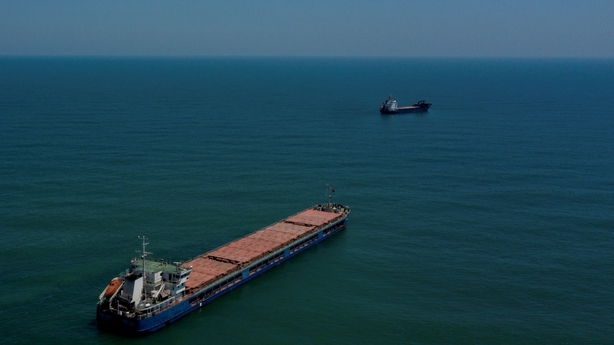 The ship's arrival was announced by Ukraine's ambassador to Turkey -- one of the most vocal officials in the entire dispute.

He asked Turkey on Twitter to take "corresponding measures" and then told Ukrainian state television that the ship had been impounded by local coastguards.

Turkish officials still said nothing even though the 140m vessel was now clearly visible by holidaymakers lounging on Karasu's sandy beach.

Russian Foreign Minister Sergei Lavrov conceded to reporters yesterday that the Zhibek Zholy had not reached its intended destination.

But he also played down Moscow's role or the ship's importance to Russia's efforts to resume marine traffic from parts of Ukraine now under its control.

"We have to look into this situation," said Mr Lavrov.

"The ship really does appear to be Russian, sailing under the Russian flag. I think it belongs to Kazakhstan, while the cargo was being shipped under contract between Estonia and Turkey." 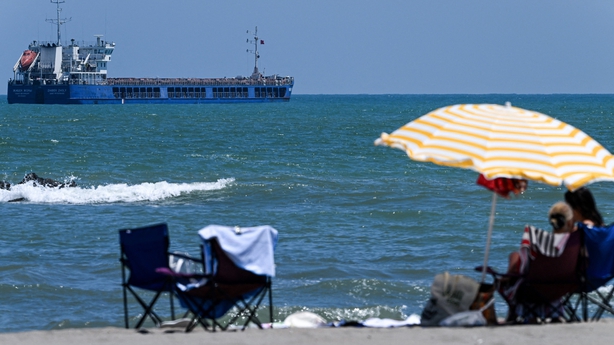 Beachgoers in Karasu -- a town of 30,000 that swells during the summer tourism season -- say little has happened on the ship since its arrival.

"On Sunday, a boat approached the ship and then left," added fellow beachgoer Gulay Erol. "I don't know why," the 33-year-old said.