Bono and The Edge from U2 played a gig in a bomb shelter in Kyiv, Ukraine, today after being invited to perform by President Volodymyr Zelensky.

The Dublin band shared the news in a post on Twitter: "President @ZelenskyyUa invited us to perform in Kyiv as a show of solidarity with the Ukrainian people and so that's what we've come to do. - Bono and The Edge #StandWithUkraine."

Frontman Bono and guitarist The Edge played to a small crowd of fans, including fatigue-clad members of Ukraine's armed forces.

In videos shared on social media, the pair can be seen performing the Ben E King classic Stand By Me alongside Ukrainian soldiers in the metro station that now serves as a bomb shelter.

Bono praised Ukraine's fight for "freedom" during the performance in central Kyiv, where he also issued his own prayer "for peace".

From the platform of the station, the 61-year-old rock icon belted out U2 classics Sunday Bloody Sunday, Desire and With or Without You.

Kyiv metro. Just the legendary Bono from the band U2 sings with Taras Topola.
We are unbreakable. We are invincible. The whole world supports us.
Glory to Ukraine! 🇺🇦#Bono #U2 #StandWithUkraine #Artists pic.twitter.com/7QqoQ1jVtr

"The people in Ukraine are not just fighting for your own freedom, you are fighting for all of us who love freedom," said Bono during a break.

The singer also referenced the past conflicts in Ireland and the troubles it had with a more powerful neighbour.

"We pray that you will enjoy some of that peace soon," said Bono. 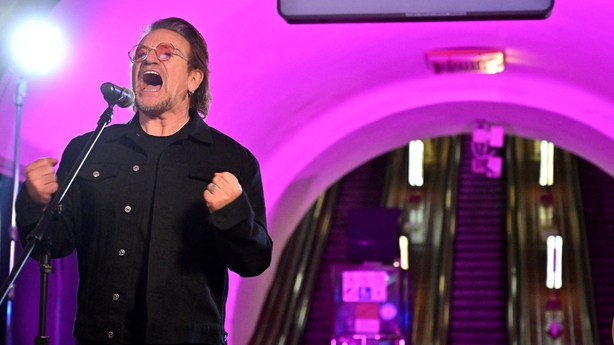 The surprise appearance by the Dublin singer - a long-time humanitarian who frequently lends his voice to a variety of causes including the fight against poverty and AIDS - came as air raid sirens echoed in the Ukrainian capital and fighting raged in the country's east.

Kyiv now. The legendary Bono from the U2 band with Taras Topolia ("Antytila") performs at the Khreschatyk metro station.#StandWithUkraine️ pic.twitter.com/suzkCVvgKt

"It's some good emotions, that's all," said a member of the Ukrainian territorial forces in the audience.

"It's a strange feeling, like being a child going to first grade," said 36-year-old university lecturer, Olesia Bezsmertna, ahead of the show.

The pair later visited Bucha, which is the site of a mass grave, near Kyiv.

Speaking to Sky News in Kyiv, Bono appeared to reference Vladimir Putin by saying that the war in Ukraine was "one man's war".

"I think that the people in Russia ... younger people know what's going on.

"I trust in the younger people in Russia to throw this man out of his office, that is so high and is so low, right now." 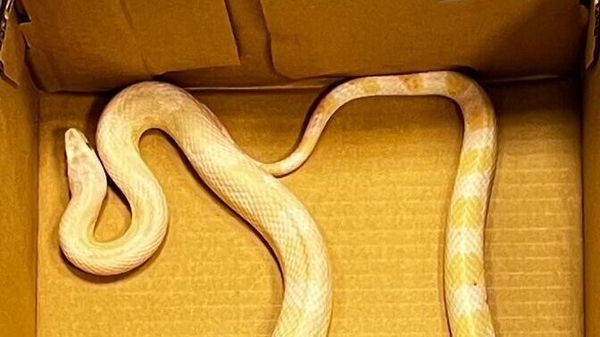 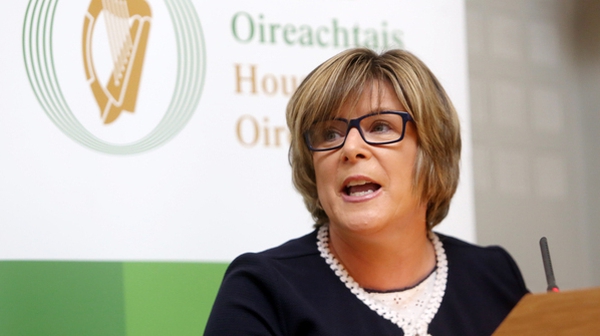 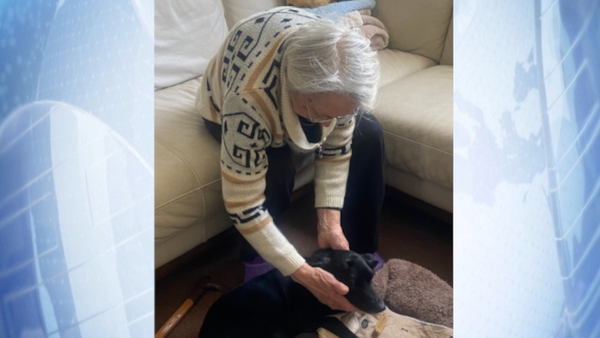 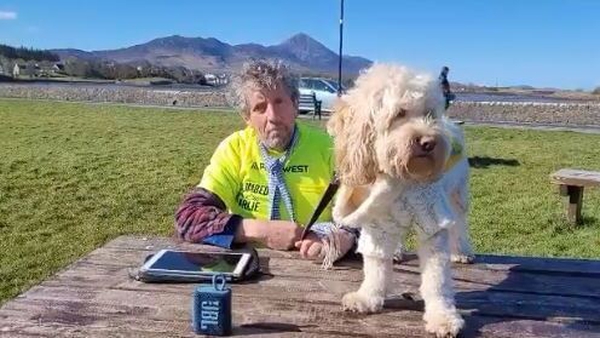