Russia unleashed rockets on an encircled steel works in Mariupol, Ukraine's last redoubt in the port city, after a ceasefire broke down with some civilians still trapped beneath the sprawling site despite a UN-brokered evacuation.

However, scores of exhausted-looking evacuees who managed to leave under UN and Red Cross auspices at the weekend after cowering for weeks under the Azovstal plant finally reached the relative safety of Ukraine-controlled Zaporizhzhia.

"We would have hoped that many more people would have been able to join the convoy and get out of hell. That is why we have mixed feelings," Pascal Hundt from the International Committee of the Red Cross (ICRC) told journalists by Zoom.

Weary-looking people, including children and pensioners, clambered off buses after escaping the ruins of their home town in southeast Ukraine where Russia now claims control.

"We had said goodbye to life, we didn't think anyone knew we were there," said Valentina Sytnykova, 70, who said she sheltered in the plant for two months with her son and 10-year-old granddaughter.

Russia has turned its heaviest firepower on Ukraine's east and south since failing to take the capital Kyiv in March.

But it has also struck targets much further west in a drive to limit Ukraine's access to the Black Sea, vital for its grain and metal exports, and also to disrupt supplies of Western military aid to President Volodymyr Zelensky's forces.

Russia's defence ministry said its forces had struck a military airfield near the port of Odesa with missiles, destroying drones, missiles and ammunition supplied to Ukraine by the United States and its European allies.

Andriy Sadoviy, the mayor of Lviv, a western city near the Polish border, said that air strikes had damaged power stations, cutting off electricity in some districts.

The European Union said new sanctions on Russia would target its oil industry and banks, and that it also planned to replace two thirds of its Russian gas use by the end of 2022, part of efforts to squeeze Moscow's war-chest.

The US Congress is considering a $33bn military aid package, and British Prime Minister Boris Johnson announced a further £300m in aid, including electronic warfare equipment and a counter-battery radar system.

"This is Ukraine's finest hour, (one) that will be remembered and recounted for generations to come," Mr Johnson told Ukraine's parliament via videolink, echoing the words of Britain's wartime leader Winston Churchill in 1940 when Britain faced the threat of being invaded and defeated by Nazi Germany.

French President Emmanuel Macron urged Mr Putin in a phone call to order an immediate ceasefire in Ukraine and to lift Russia's embargo on Ukrainian exports via the Black Sea.

German Chancellor Olaf Scholz said Mr Putin's policies were "imperialistic" and that he would support Finland and Sweden if they decided to join NATO, as each is now considering.

"No one can assume that the Russian president and government will not on other occasions break international law with violence," said Mr Scholz, who in the past has been accused of being too soft on Moscow but has now thrown Germany's support behind the EU plans for a ban on Russian oil imports. 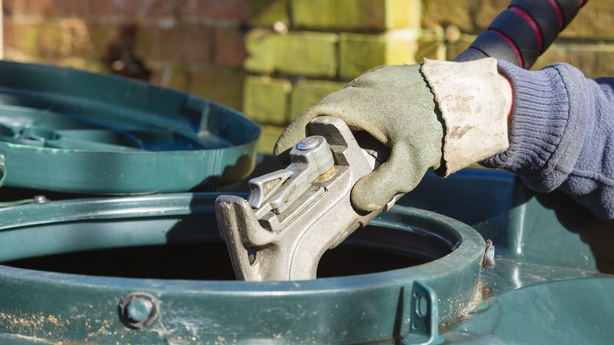 EU countries have paid more than €47bn to Russia for gas and oil since it invaded Ukraine, according to research organisation the Centre for Research on Energy and Clean Air.

Under a decree signed by Mr Putin, Russia's government has 10 days in which to draw up a sanctions list targeting specific people and entities in "unfriendly" states.

Hit by some of the severest sanctions in modern history over its invasion of Ukraine, Russia's own $1.8 trillion economy is heading for its biggest contraction since the years following the 1991 break-up of the Soviet Union.

"I can't believe I made it, we just want rest," said Alina Kozitskaya, who spent weeks sheltering in a basement with her bags packed waiting for a chance to escape.

Mariupol, a city of 400,000 before Russia launched its invasion on 24 February, has seen the bloodiest fighting of the war, enduring weeks of siege and shelling.

Some 100,000 civilians are still in the devastated city, now under Russian control.

"You wake up in the morning and you cry. You cry in the evening. I don't know where to go at all," said Mariupol resident Tatyana Bushlanova, sitting by a blackened apartment block and talking over the sound of shells exploding nearby.

In a Telegram video from the steel plant, Captain Sviatoslav Palamar of Ukraine's Azov Regiment said Russia had pounded Azovstal with naval and barrel artillery through the night and dropped heavy bombs from planes.

Reuters could not independently verify his account. However, Reuters images yesterday showed volleys of rockets fired from a Russian truck-mounted launcher towards Azovstal.

"As of this moment, a powerful assault on the territory of the Azovstal plant is underway with the support of armoured vehicles, tanks, attempts to land on boats and a large number of infantry," Capt Palamar said.

Russia calls its actions a "special operation" to disarm Ukraine and protect it from fascists. Ukraine and the West say the fascist allegation is baseless and that the war is an unprovoked act of aggression.

At least 10 people were killed and 15 wounded by Russian shelling of a coking plant in the city of Avdiivka in the Donetsk region of eastern Ukraine today, the regional governor said. The Ukrainian president's office said earlier other areas of Donetsk were under constant fire.

Russia accused of using rape as 'tactic of war'

Ukraine's prosecutor general, visiting the shattered town of Irpin near Kyiv, accused Russia of using rape as a tactic of war.

Ukraine's Foreign Minister Dmytro Kuleba said European Commission sanctions against Russia are "crucial" if the war is to stop.

He told RTÉ's Morning Ireland: "I want to be clear on this, the time for half measures when it comes to sanctions is gone because of what is happening now.

"The European Union supports Ukraine with one hand and at the same time EU members pay for Russian gas and oil with the other hand - subsidising the Russian war machine."

Ukrainian Foreign Minister @DmytroKuleba says EU countries are supporting Ukraine with one hand, but paying for Russian oil and gas with the other | More: https://t.co/BzllKYqsEg pic.twitter.com/FU7LGJ5lz3

Since the beginning of the war EU countries have paid more than €40 billion to Russia for gas and oil, Mr Kuleba said.

He said the EU has placed embargoes on gas and oil that is welcomed, and their use will have to be phased out.

But "if Ukraine sees the EU ... continue buying these commodities, then I will not shy away from saying they share responsibility", he added.

"I don't know how many more Ukrainians have to die for all EU members to understand that only full, unrestricted and resolved measures, sanctions, can help stop Putin."

"As I said we are paying with our blood for every decision that is being made in Europe."

Minister Kuleba said the West does support Ukraine now "tremendously and I do appreciate a very proactive role of Ireland in this regard.

"You did a lot more than we actually expected.

"But we are paying, we Ukrainians are paying with our lives and with our suffering for the reluctance of the West to take our voice seriously in previous years."