It's hard to believe it’s just over two weeks since there was still uncertainty as to whether Vladimir Putin would send in the troops.

For months, the world watched as the number of Russian soldiers and military equipment on Ukrainian borders grew, yet still there was a sense of disbelief, when on 24 February, Russia invaded Ukraine.

Since then, the horrors of war, for so long absent from Europe, have played out on our screens.

We witness the millions fleeing their homes, shock and terror etched on their faces, and imagine how we might cope in such a situation, clutching a child, or an older relative’s hand, with only the most important possessions in tow.

But the spirit of the Ukrainians has been eye-opening. The bravery of ordinary men and women who stay behind to resist the invasion is breathtaking.

And this perhaps points to one reason why President Putin’s war has not been as swift, nor as successful as previously expected.

Military experts say there are several factors at play: including the use of young, inexperienced conscripts by Russia.

Despite President Putin's claims that he wouldn’t use conscripts, it’s widely accepted they have been sent into Ukraine.

Eoin McNamara is a research fellow at the Finnish Institute of International Affairs. He says: "Russia, at least in the early phases of this war, has relied on a lot of conscript soldiers, very young men, only just out of school, and often away from home for the first time [have been] sent to the border with Ukraine over the last few months".

He says while these things can happen in war planning, the conscripts "have essentially been lied to, they were told that they were just going for training exercises and all of a sudden they find themselves in live battle against the very, very motivated enemy on the ground defending their country in Ukraine.

"So, morale is low, motivation is low and experience is low, and this has led Russia to suffer quite a number of battlefield casualties."

Estimates vary wildly; Ukraine says 11,000 Russian soldiers have been killed, while Russia admits to just 500 losses, but US officials put the number closer to 4,000. It’s impossible to say which is correct, according to Eoin McNamara.

"Nevertheless, Russian casualties are much larger than I'm sure Russian military planners expected, mainly because the war has dragged on a lot more than Russia believed, and they've had to commit more and more troops into battle because of this and the Ukrainians have applied very, very effective tactics, boosted by their significant military modernisation over the past eight years since Russia's illegal annexation of Crimea in 2014."

Mr McNamara says because they are now bitter adversaries, we forget that these two states were once part of the same union, and that senior Ukrainian army officers would have received a remarkably similar military education to the Russians.

"The Ukrainians knew how the Russians were likely to fight."

He cites the typical Russian military doctrine of putting their armour out in front.

"That armour blitzes the opposition and then the logistics, which are the lifeblood of any army as it moves forward, delivering ammunition, delivering fuel, delivering food and other supplies to soldiers as they march forward."

But Mr McNamara says the Ukrainians hit the Russian supply chains, after letting the armour go through.

"In this asymmetric conflict that should otherwise advantage Russia, that [targeting of logistics] has devastated Russia's advance and has now probably made Vladimir Putin's vision of a short and sharp...victory an impossibility."

In the first week of Russia’s invasion, much attention focused on a Russian convoy of armoured vehicles heading towards Kyiv.

But the convoy still hasn’t reached the Ukrainian capital, reportedly due to problems with terrain and because it has been hit by Ukrainian drones.

"But also another crucial ingredient in all this has been Ukrainian use of Western weapon systems, in particular, Western anti-tank systems, which have devastated encroaching Russian forces and have definitely delayed them."

Another factor that may have slowed Russia’s progress in Ukraine is the quality of the intelligence President Putin was relying on before waging war.

Domitilla Sagramoso is a senior lecturer at the Department of War Studies at King's College London.

She blames this on the structure of the Russian political system, that is firmly ruled from the top with little room for dissent.

"It’s possible that within the intelligence community, analysts may feel that they had to provide a particular kind of answer [to Putin]."

She says they were probably never provided with enough information ahead of the invasion to properly war-game scenarios.

"It seems to have been the case that Putin decided to keep the decision to actually use force so secret that the analysts were not asked to really examine these scenarios."

Dr Sagramoso says it’s clear there were serious problems inside the structures of the Russian intelligence community.

She says it’s ironic and indeed quite astonishing, given Vladimir Putin’s background in the world of espionage, adding "That's the area where one would have expected him to really know how things work."

On Wednesday night into Thursday morning, US officials began to rubbish renewed Russian claims that the United States was involved in biowarfare labs in Ukraine. The Pentagon spokesman, John Kirby, relied on a familiar trope to reject Russia’s allegations.

"The Russian accusations are absurd, they’re laughable…and in the words of my Irish-Catholic grandfather, a bunch of malarkey.

"There’s nothing to it. It’s classic Russian propaganda and I wouldn’t If I were you, I wouldn’t give it a drop of ink work paying attention to (Reporter) We are not…not developing biological or chemical weapons inside Ukraine. It’s not happening."

Now that Russia has made these false claims, and China has seemingly endorsed this propaganda, we should all be on the lookout for Russia to possibly use chemical or biological weapons in Ukraine, or to create a false flag operation using them. It's a clear pattern.

The UK now says it too has fears that Russia will use chemical weapons on Ukraine, with Foreign Affairs Secretary Liz Truss telling CNN that it would be a grave mistake for Russian President Vladimir Putin to use them.

As for what will happen next, Eoin McNamara thinks President Putin will not back down.

"Now that he’s stuck, he's got a lot of skin in this game and so he's going to plough more and more resources into this as he gets more and more desperate. And this is likely to be devastating from a humanitarian standpoint."

He doesn’t think that the Russian military has enough might to occupy and then control Ukraine, as the Ukrainians have shown they’re so highly motivated in defending their country.

"When we get into situations of guerrilla warfare, particularly urban warfare, which is a very, very challenging, intricate form of warfare.

But could the public mood turn against Putin?

So far, anti-war protests have been crushed by police, with almost 14,000 protesters arrested since Russia’s incursion, according to monitoring group OVD info.

Dr Sagramoso says there’s a chance that the voices of Russian mothers could be amplified as casualties mount.

"We're going to hear voices from mothers of soldiers, those who can't find out what happened with their children or their relatives or those who went to war, and I think that is going to have an impact.

"Also, we are seeing in some cases that officers of higher ranks have also perished in this operation, and that that may also exert pressure on Putin by the military."

But, she warns, "It is possible that Putin manages somehow to tighten his control over the country and that he manages to avoid a major antiwar movement from developing."

Dr Sagramoso says that so little information is coming out about what’s transpiring inside Russia at the level of the elite, that she’s not in a position to predict what will happen. 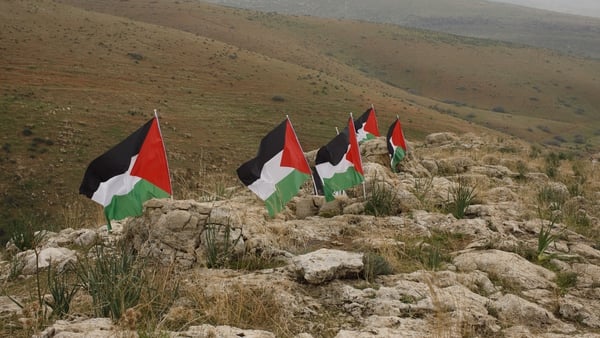