People are expected to queue for 24 hours from this evening to see Britain's Queen Elizabeth lying in state and the government there has warned "overnight temperatures will be cold".

The Department for Digital, Culture, Media and Sport's (DCMS) online tracker says the expected wait time is more than 24 hours, warning of chilly temperatures as people queue from Southwark Park in south-east London to pay their respects to the queen's coffin in Westminster Hall, about eight kilometres away.

Undeterred, a steady stream of people joined the queue this evening, many wearing coats and jumpers.

The queue was earlier paused for 40 minutes when it reached capacity, and when it reopened mourners were urged by the DCMS not to join the line until at least 4pm.

Officials stopped people joining the queue entirely at around 11.35am at the entrance to Southwark Park in south-east London due to overwhelming demand.

Helena Larsen, 76, said she was prepared to wait despite being in recovery from a back injury.

Ms Larsen, from Surrey, said: "We have literally got here and they have shut it in front of us."

When asked whether she was prepared to wait for the line to reopen, she said: "I don't know what else to do. There are no other access points."

"I do think because there's just a handful of us, we should be let in," she added. "I fractured my back a few months ago. It's a long walk, even down to here."

She was allowed to join the line around 40 minutes later. 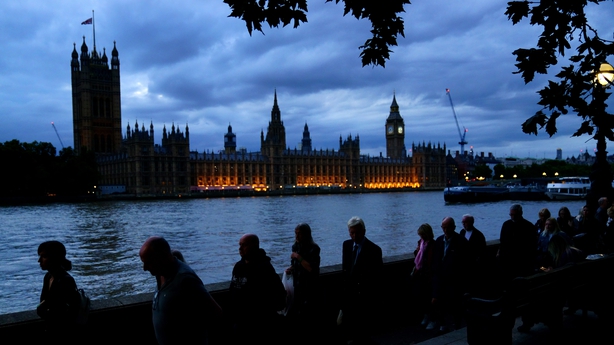 Before noon, officials had placed a sign at the entrance to Southwark Park reading: "Entry to Her Majesty's lying in state queue is temporarily paused. 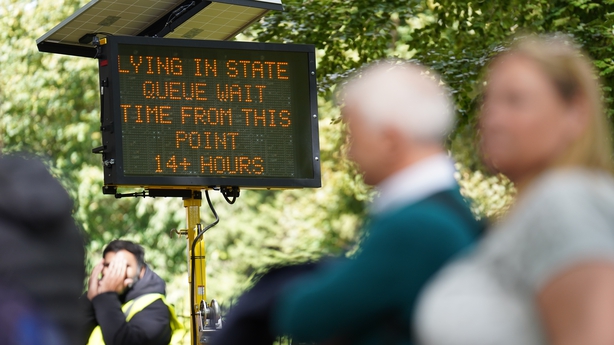 Downing Street said the queue system was going to plan.

A Number 10 spokeswoman directed questions to the Department for Digital, Culture, Media & Sport, but it was "the case that what DCMS have done is they've temporarily paused the queue for at least six hours after it reached maximum capacity.

"That has always been part of our planning and that is to make sure as many people as possible in the queue can enter the Palace of Westminster."

Figures from the London Ambulance Service (LAS) show that 435 members of the public were treated along the route of the queue to see the Queen lying in state and surrounding areas over the past two days.

Some 291 people along the route of the queue and nearby in London were given medical assistance on Wednesday, with 17 needing hospital treatment, the LAS said.

A further 144 people were treated on Thursday, with 25 people being taken to hospital.

The LAS said the majority of incidents attended were faints and collapses, resulting in head injuries. 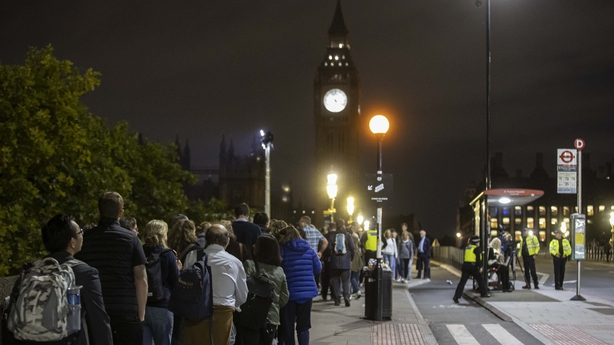 Two women were allegedly sexually assaulted in the queue to attend the lying in state of Britain's Queen Elizabeth, a court in England has heard.

Adio Adeshine, 19, allegedly exposed himself and pushed into the mourners from behind, as they waited in line at Victoria Tower Gardens on Wednesday after Westminster Hall opened its doors to the public.

He is said to have gone into the River Thames in an attempt to evade police before coming out and being arrested.

Mr Adeshine was remanded in custody today after appearing at Westminster Magistrates' Court charged with two counts of sexual assault and two counts of breaching a sexual harm prevention order.

He pleaded not guilty to the charges.

Bail was refused and he was remanded in custody ahead of his next appearance at Southwark Crown Court on 14 October.