Archie Battersbee has died after his life support was withdrawn this morning, his family have said.

He died just over two hours after the artificial ventilation was stopped, his mother Hollie Dance told reporters outside the hospital.

"Such a beautiful little boy. He fought until the end," she said.

The 12-year-old from Southend, Essex in England was found unconscious by his mother on 7 April last with a ligature around his neck, prompting her to believe he was taking part in an online challenge gone wrong.

The boy was taken to the Royal London hospital with traumatic head injuries. 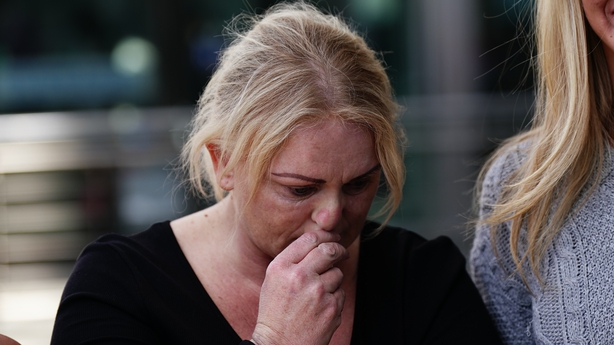 Archie was kept alive since then by a combination of medical interventions, including ventilation and drug treatments.

In recent days, his mother and father, Paul Battersbee, have battled in the courts to have their son moved to hospice care.

Justice Theis in UK's HIgh Court ruled it was not in Archie's best interests to be moved to a hospice.

A last-ditch plea to the European Court of Human Rights to intervene in the case was rejected last night.

In an interview with Sky News, recorded yesterday, Ms Dance said she is "pretty broken" and that the day had been "absolutely awful".

Breaking down, she said: "The last however many weeks since 7 April, I don't think there's been a day that hasn't been awful really."

Ms Dance added: "It's been really hard. Despite the hard strong face and appearance obviously in front of the cameras up until now, I've been pretty broken."

She said the hospital had made it clear there were no more options and that life support would be withdrawn at 10am.

Asked if there was anything more she can do, Ms Dance said: "No. I've done everything that I promised my little boy I'd do. And I've done it."

Supporters brought flowers to the hospital this morning.

Shelley Elias, 43, said she had come to the Royal London Hospital because "I wanted his mum Hollie and the family to know I was thinking of them".

Mrs Elias, a mother of two from Stepney, east London, who said she vaguely knew Archie's mother, brought flowers, a card and some candles.

She said: "I did not know what to write because there are no words that will take the pain away.

"I just wanted the mum and her family to know that I am here for them.

"My boy is 12, the same age as Archie, and this just puts things in perspective. When things like this happen, you just think 'I have nothing to moan about in life'."

Candles flickered in the shape of the letter "A" and also formed a love heart around a card with Archie's name in a makeshift tribute at a statue in front of the hospital.

It was created by passers-by who said they wanted to show their support.

A spokesman with campaign group Christian Concern, which is supporting Archie's family, told the PA news agency: "All legal routes have been exhausted.

"The family are devastated and are spending precious time with Archie."