Operators of the English Channel port of Dover have accused French border officials of "ruining the start to the summer getaway", blaming understaffing for hours-long queues.

Bosses at the port - a key gateway to mainland Europe - declared a "critical incident" and urged travellers taking advantage of schools breaking up this week to reconsider their journeys as ferry companies warned of waits of at least six hours.

"Despite the Port of Dover ... preparing over several months for the busy summer period, we are deeply frustrated that the resource at the French border overnight and early this morning has been woefully inadequate."

Passengers need to go through border checks carried out by French officials in Dover before they can board a ferry to cross to northern France. 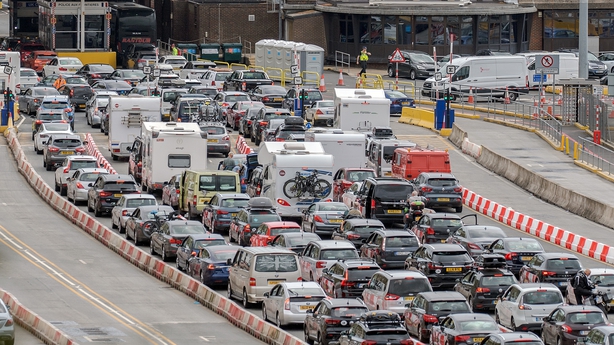 But the port said French staffing "has fallen far short of what is required to ensure a smooth first weekend of the peak summer getaway period".

The local French police body handling the northern France area around the Channel Tunnel said that problems with traffic coming over from Dover had been caused by an "unexpected technical incident" under the Channel Tunnel.

The police added that they would work closely with their British counterparts to ensure traffic flows as smoothly as possible in the coming days.

Most English schools start the summer holiday this week, making it one of the busiest periods for cross-Channel trips.

Motoring organisation the RAC said this weekend was expected to be the busiest summer getaway since it began tracking numbers in 2014, with an estimated 18.8 million leisure trips from Friday to Monday.

Port of Dover chief executive Doug Bannister told BBC radio: "We've got a critical incident under way. I would consider holding off heading for the port at this point in time until more is known."

He later said the situation had "improved since the early hours and the traffic is beginning to move through".

But he admitted he did not know how long it would take to clear the backlog. 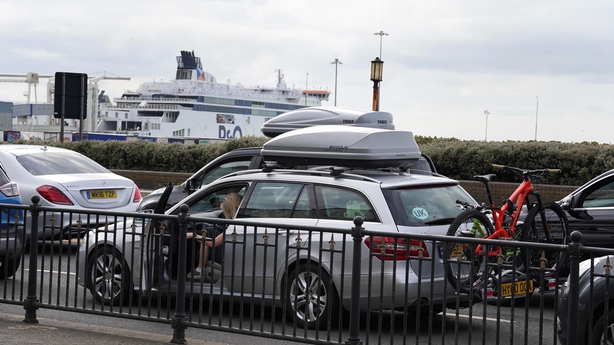 Aerial footage of the port showed around eight lanes of slow-moving traffic backed up for about 300 metres, while other images posted online showed cars queued back into the town of Dover and long lines of lorries on a nearby motorway.

"Please be aware that there is heavy traffic at border control in the port of Dover," P&O Ferries told passengers.

"If you are booked to travel today please allow at least six hours to clear all security checks."

Dover and its surrounding roads have previously been a bottleneck for delays since Britain left the European Union, its single market and customs union.

The queues have been blamed on increased checks and additional paperwork for freight traffic.

Local MP Natalie Elphicke said there had been "weeks of preparation", much of it with French counterparts, for the beginning of the tourist season.

"Despite all this, French border officers didn't turn up for work at the passport controls as needed. This has caused massive delays," she said.

"More French officers are reported to be arriving."