British Prime Minister Boris Johnson has warned that the UK government could not "completely shield" people from the rising cost of living as he promised plans to get the country "back on track" following the Covid-19 pandemic.

He used the Queen's Speech - delivered for the first time by Prince Charles - to set out plans for changes to create a "high-wage, high-skill" economy, but there was no immediate extra help for households facing spiralling costs with inflation set to hit a 40-year high later in 2022.

With the war in Ukraine raging, the government's programme also included a series of measures to give the security services extra powers to tackle foreign spies and efforts to influence British democracy.

The package also contains a series of measures aimed at taking advantage of the freedoms offered by Brexit - but there was no legislation to implement the government's threat to tear up the deal on Northern Ireland's trading arrangements, although ministers insist that could still be on the table if Brussels refuses to agree to significant changes. 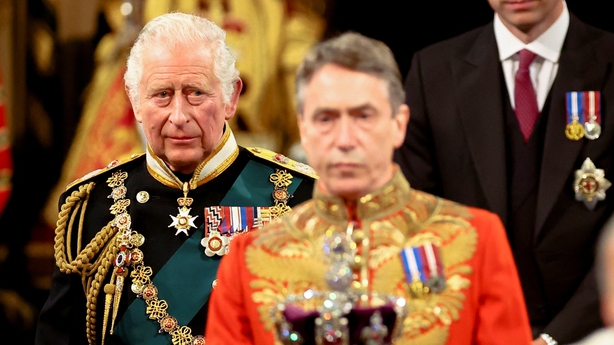 With soaring energy bills, inflation forecast to hit 10% and benefits and wages failing to keep up with rising prices, the cost of living is set to dominate domestic politics in the coming months.

The government highlighted the £22 billion package of help with energy bills, tax cuts and other measures already announced and hinted at further support in future.

But its focus is on generating economic growth to help address the issues rather than increasing state support, with the public finances already battered by the billions borrowed to address the pandemic.

"After two years of Covid-19, I know that the last thing people need are further challenges. I know people are struggling with their bills, and that they are anxious about the future," Mr Johnson said.

"But we will get the country through it just as we got through Covid-19, with every ounce of ingenuity and compassion and hard work.

"While we must keep our public finances on a sustainable footing - and we cannot completely shield people from the fallout from global events - where we can help, we will.

"And over the coming months we will continue examining what more we can do to ease the pressures on hard-working people and families."

Mr Johnson said the "aftershocks of Covid-19 and the biggest war in Europe since 1945" were causing disruption around the world, with all major economies facing cost-of-living pressures.

"No country is immune and no government can realistically shield everyone from the impact," Mr Johnson said.

"It is right that we continue doing whatever we can to ease the burdens people are grappling with now, supporting the hardest-hit with £22 billion of help to address the cost of living and cutting hundreds of pounds off household bills. 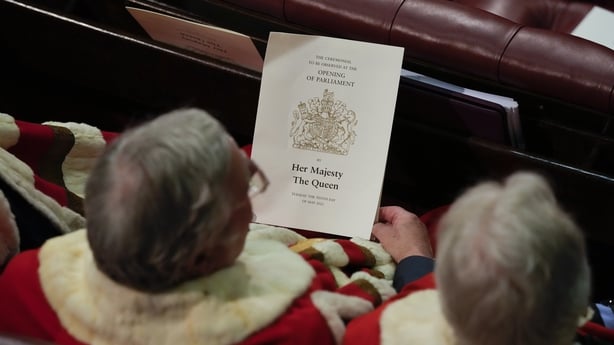 "But we must also remember that for every pound of taxpayers' money we spend on reducing bills now, it is a pound we are not investing in bringing down bills and prices over the longer term.

"And that if anything, this moment makes clear our best remedy lies in urgently delivering on our mission to turbo-charge the economy, create jobs and spread opportunity across the country."

He said the government's "top priorities" were growing the economy, making streets safe and supporting the NHS to clear the backlogs built up during the pandemic.

The Queen's mobility problems meant she missed the lavish State Opening of Parliament ceremony for the first time in 59 years, with the Prince of Wales delivering the traditional speech setting out the Government's legislative programme.

The 38 Bills in the package include:

- Measures to establish a UK Infrastructure Bank, with a capability of £22 billion to spend on measures to support the delivery of net zero emissions by 2050, grow the economy and address regional inequality.

- A Levelling Up and Regeneration Bill will seek to drive local growth and regenerate towns and cities across England, including by enshrining the Government's levelling up "missions".

- The sell-off of Channel 4 will be enabled by the Media Bill.

- An Energy Security Bill seeking to transition to cheaper and greener energy while aiming to minimise fluctuating bills, including by extending the price cap beyond 2023.

- Legislation to deal with the legacy of the Troubles in Northern Ireland, which appears to be watered down to include immunity from prosecution for only those who cooperate with a new commission.