A UK court has issued a formal order to extradite WikiLeaks founder Julian Assange to the United States to face trial over the publication of secret files relating to the Iraq and Afghanistan wars.

The decision now rests with Home Secretary Priti Patel, although Assange may still appeal within 14 days of any decision to approve the extradition.

An extradition order was issued by chief magistrate Paul Goldspring during a seven-minute hearing at Westminster Magistrates' Court this morning.

Mr Goldspring said: "In layman's terms, I am duty bound to send your case to the Secretary of State for a decision." 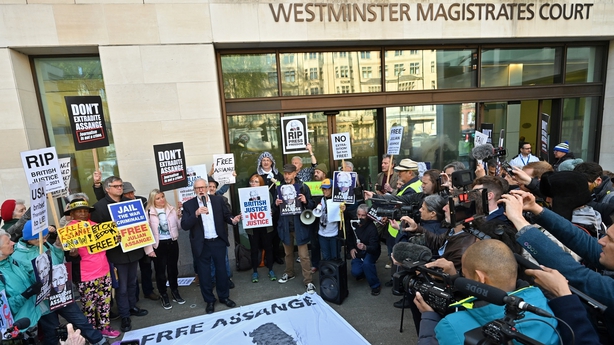 Assange, 50, was not present in court physically, although he watched the administrative proceedings by video link.

He is wanted in the US over an alleged conspiracy to obtain and disclose national defence information following WikiLeaks' publication of hundreds of thousands of leaked documents relating to the Afghanistan and Iraq wars.

His legal team claimed the publication of classified documents exposed US wrongdoing and were in the public interest.

They said the prosecution was politically motivated and that he faces up to 175 years in jail.

Assange, who married his fianceé Stella Moris last month, has been held in Belmarsh prison for three years since being dragged out of the Ecuadorian embassy in London.

His wife was in the public gallery for the hearing.