A mural that appeared on the side of a house in Bristol overnight was created by Banksy, the elusive artist has confirmed.

The image appears to show a pensioner whose sneeze is knocking over buildings, an effect created by spraying it on the side of the house on Vale Street in Totterdown - England's steepest road.

The piece, entitled "Aachoo!!", was first discovered on the external wall of the semi-detached property this morning.

It shows a woman wearing a headscarf and holding a handkerchief, bending over while sneezing, with the force causing her to release her walking stick and handbag.

Her dentures are shown shooting out of her mouth.

In an image released by Banksy, the woman's sneeze appears to have knocked over a wheelie bin at the next-door property, while a man holding an umbrella is being blown backwards.

Banksy confirmed on his website and Instagram page on Thursday afternoon that the piece is his work. 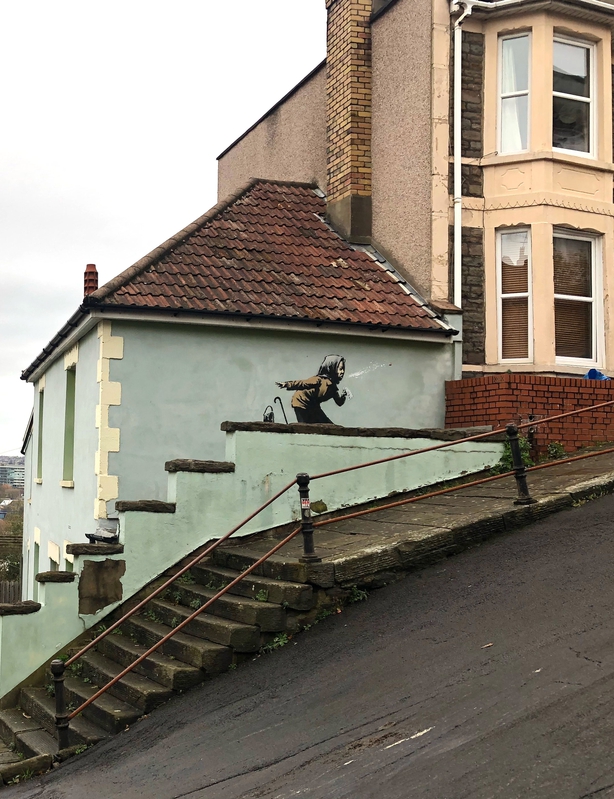 Vale Street is said to be the steepest in England, with its 22-degree gradient put to use during annual Easter Sunday egg-rolling competitions.

The property the artwork has appeared on was recently put up to sale.

Fred Loosmore, 28, a furniture maker who rented a room in the house until recently, has screwed a piece of clear acrylic over the artwork to protect it. 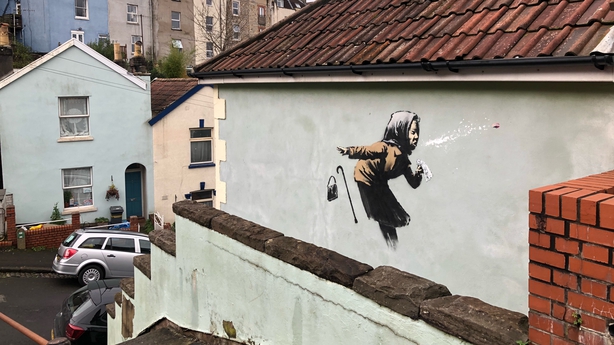 He said: "We wanted to come up because people will deface it, and luckily we've got a workshop and a massive piece of acrylic we've got left over. We're going to screw it on now.

"When we lived here so many people would come, especially on bikes and stuff because they were trying to do the challenge up the hills. It's a great spot.