They have launched a competition for landscape designers to come up with a strategy to help the north London cemetery withstand the warming climate in the next decades.

"The plan has got to stretch out for the next 20-plus years and during that time global warming is going to continue," said the chairman of the Friends of Highgate Cemetery, Martin Adeney. 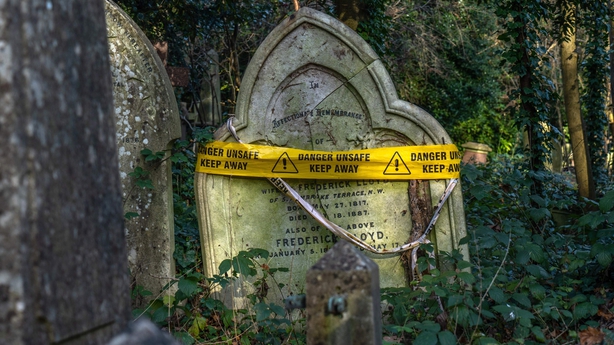 The hillside cemetery has graves of famous figures including the novelist George Eliot and 'The Hitchiker's Guide to the Galaxy' author Douglas Adams.

It is still being used for burials. Singer George Michael, who died in 2016, has an unmarked grave there, according to his family's wishes.

The cemetery attracts some 100,000 visitors annually, up 30% in the last seven years, though they were banned during the coronavirus lockdown.

Despite the cemetery's charm, there is visible damage to the gravestones and catacombs, caused by a period of neglect and the rising temperatures.

Some graves have warning tape tied round them and signs saying they are unsafe.

Others are leaning or are flat on the ground. Lids of above-ground tombs are skewed off and self-seeded trees are growing in narrow gaps between tombstones.

Chief gardener Frank Cano pointed to a 19th-century stone tomb whose top is gradually being pushed off the base by a nearby tree, causing fresh chips in the stonework. 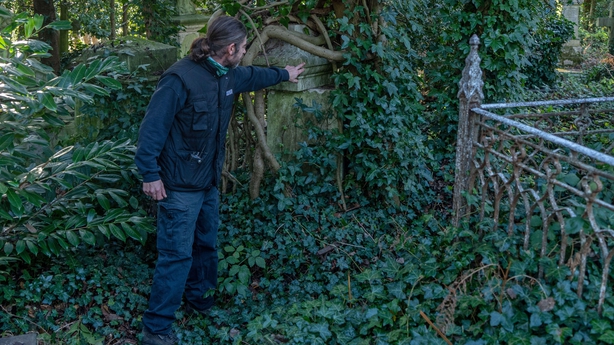 A greater degree of shrinking and expanding of London's clay soil is causing the elaborate stone tombs to shift, said Mr Cano, who has worked at the cemetery for six years.

In turn this affects the roots of the trees growing wild between the graves, making them more unstable.

Winds have got stronger, too, Mr Cano said, and warmer temperatures are causing fungi to thrive and trees to suffer "many more pests and diseases".

The cemetery last year had to fell its centrepiece, a great Cedar of Lebanon, as it was afflicted by a bad fungus infestation. 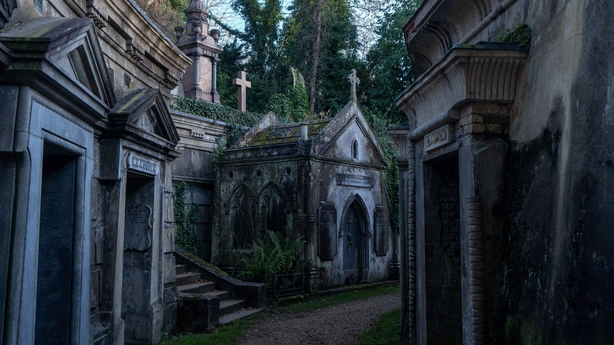 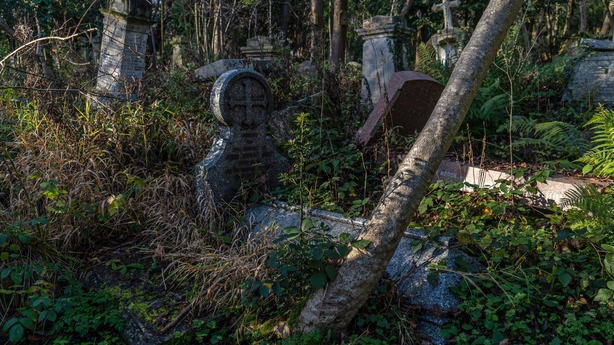 The landscape plan will include planting trees that cope better with climate change.

Mr Cano says he hopes the new plan will "keep the history running alongside nature" so that "the cemetery can still be here in hundreds of years to come."

This is not the first crisis for the cemetery, which dates back to the 1830s, and has no public funding.

By the 1970s, the original owners had abandoned it as unprofitable and it lay derelict in a shocking state. 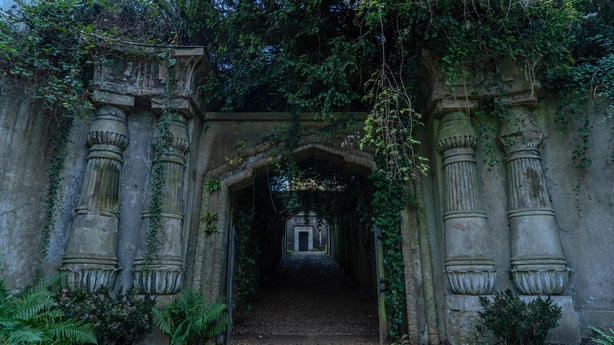 Graves and vaults were broken into and skeletons exposed, until local residents took over to run it as volunteers.

The new planned renovations will "undoubtedly" be the biggest since then, said Mr Adeney, with the final cost unknown.

"We're into the millions, of course," he said, adding that the National Lottery Heritage Fund was a potential source.

The Friends are also seeking proposals from architects on ways to make the site more visitor-friendly while still respectful of the dead.

These could include a visitor centre, new toilets and possibly a cafe.

"Some areas will become clearer", said Mr Adeney, "but we will be very careful."