Thousands of prints by popular London street artist Stik that he wanted to give to his local community as a gesture of solidarity during the pandemic have been stolen, the Metropolitan Police said.

Stik, known internationally for his distinctive stick figures, had arranged for 100,000 prints of a work entitled 'Holding Hands' to be distributed to residents of Hackney, where he lives and works.

"After everything residents have gone through recently with Covid-19 and lockdown, Stik's intention was for every household in Hackney to have a single copy of the poster as a gift to either keep or sell," police said in a statement.

Most of the prints were distributed to residents, as planned, along with a free newspaper provided monthly by the local authority, but a large number of people did not receive their copy, and soon batches of the prints were on sale online.

Around 1,000 of the stolen prints, bought by unsuspecting fans of Stik, have been returned after the buyers found out that the artist had not intended for them to be sold, but a large number are still missing.

"These artworks were intended as a gift to the people of Hackney, any which are returned will be redistributed to those who missed out," Stik was quoted as saying in the police statement. 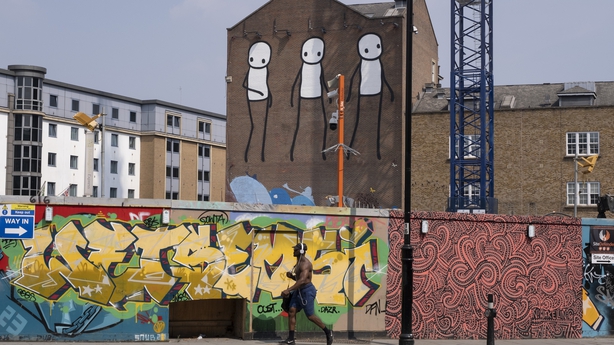 Detective Constable James Readman, of the Metropolitan Police's central east command unit, called for the artworks to be returned.

He said: "The artist began this project as a gift to the people of Hackney and paid a substantial amount of money out of his own pocket to meet the cost of printing.

"While some residents happily received theirs, many thousands of others were left very disappointed. We are working with the artist and Hackney Council to identify what has happened.

"It appears at this stage that somewhere along the supply and distribution chain, boxes containing thousands of copies of the print have been taken without permission and sold on."