Relatives of those who died in the Grenfell Tower fire have called for the resignation of the London Fire Brigade (LFB) chief in a meeting with the Mayor of London.

Grenfell Next Of Kin accused Sadiq Khan of ignoring the findings of a public inquiry into the deadly fire and demanded the resignation of Commissioner Dany Cotton in a meeting at City Hall.

They said Mr Khan told them he would respond to their concerns before the General Election on December 12 and promised to "carefully" look at the submissions they presented.

The mayor's office said questions raised by the group - next of kin and immediate family of 30 people who died in the blaze - would be considered "with the utmost seriousness" and Mr Khan would respond in the "coming weeks".

At City Hall, two weeks after the report into the disaster that killed 72 people was published, relatives raised the inquiry's conclusion that fewer people would have died had residents been evacuated while it was still possible.

Ahead of the meeting, the group stressed they "recognised and respected" the actions of frontline firefighters, adding: "This is not about criticising them but the decision makers and those in charge who failed us." 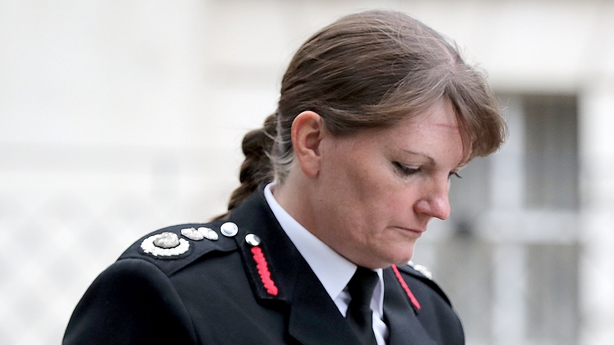 Speaking to the PA news agency after meeting with Mr Khan, Hisam Choucair, who lost six relatives in the tragedy, called going over the events of 14 June 2017 a "dagger" in his heart.

"The importance of coming here today was for the mayor to hear our voice and take away with him our submission on requesting the resignation of Dany Cotton," he said.

"I believe the response was positive, the mayor has read the phase one report, the report is thorough.

"He has said he will get back to us by the election and, in my opinion, he has heard not only the voice of certain bereaved family members, but also the voice of London."

Mr Choucair added: "I'm hoping his response is a positive one in doing the right thing in dismissing Dany Cotton."

When the report was published, Ms Cotton said many recommendations were welcome and would be "carefully and fully" considered by senior officers.

She has resisted multiple calls from bereaved families for her to resign.

Shah Aghlani, whose mother and aunt died in the blaze, told reporters following the meeting that "the buck" stops with the fire chief.

"It happened on her watch," he told PA. "She should have been in command that night, taking command, rather than dealing with other issues.

"The mayor said he will come back to us and consider what we had to say carefully. I hope there is a change in the culture and I think Dany Cotton should go, full stop."

Following the meeting, a statement from the mayor's office said: "The mayor regularly meets with bereaved families and survivors of the Grenfell Tower fire and he will continue to support them in bringing about change to ensure such a disaster never happens again.

"He had a constructive meeting with families today and fully understands the pain they go through every day.

"The mayor listened to their concerns and agreed to take away their list of questions to consider with the utmost seriousness, before responding in the coming weeks.

"We must never stop talking about Grenfell. It was a tragedy that should never have happened and the mayor is committed to working with the families, survivors and the local community in holding those responsible to account.

"He is clear that institutional failures meant that the overall response from the London Fire Brigade was not good enough and the mayor will use all the powers he has to ensure the inquiry's recommendations are carried out, and continue to put pressure on those responsible for carrying this out."

Inquiry chairman Martin Moore-Bick said the LFB's preparation for an incident such as Grenfell was "gravely inadequate".

The inquiry report concluded that fewer people would have died had residents been evacuated while it was still possible, criticising the brigade's "stay-put" policy.

Residents were told to remain in their flats by firefighters and 999 operators for nearly two hours after the blaze broke out just before 1am. The strategy was rescinded at 2.47am.

It also accuses the brigade's commissioner, Ms Cotton, of "remarkable insensitivity" after she said she would not have done anything differently on the night.