A Banksy artwork depicting MPs in the House of Commons as chimpanzees has been sold for just under €11.1 million (£9.9 million), in what organisers say is a record for the artist. 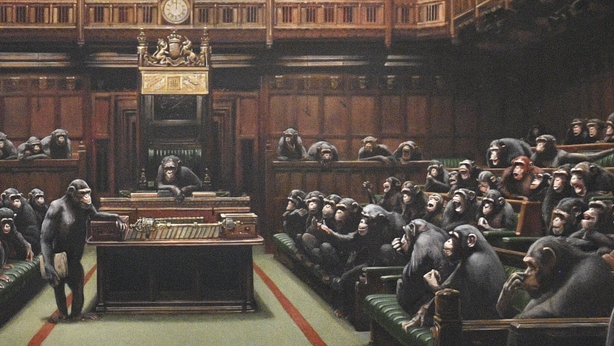 'Devolved Parliament', which is four-metres wide, was first unveiled as part of the Bristol artist's exhibition Banksy vs Bristol Museum in 2009.

It was sold by its anonymous owner and had a pre-auction estimate of £1.5m to £2m.

#AuctionUpdate Monkey Business 🐒🍌: #Banksy's monumental painting of the House of Commons overrun with parliamentary primates sells to applause at £9,879,500 - 9 times its previous record - after a 13 minute bidding battle. pic.twitter.com/5LPR5BlgCH

The previous record for an auctioned Banksy work was set in 2008 with the sale of 'Keep it Spotless' for £1.3m.

Last year 'Girl with Balloon', one of Banksy's best-known works, was sold at auction for just over £1m – and then promptly shred itself into pieces.

The woman who bought 'Girl with Balloon' kept the artwork, despite it self-destructing. It is now known as 'Love in the Bin'. 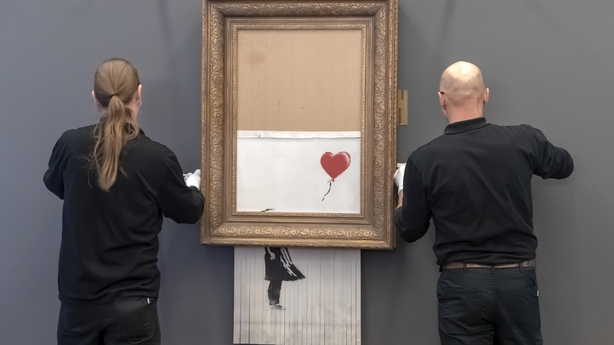 Shortly after Devolved Parliament was sold, Banksy reacted on Instagram.

"Record price for a Banksy painting set at auction tonight," he wrote."Shame I didn't still own it."