The former secretary of Sheffield Wednesday Football Club has been fined £6,500 and ordered to pay £5,000 costs for a health and safety offence related to turnstile arrangements on the day of the Hillsborough disaster.

Graham Mackrell, 69, who was safety officer for the club at the time of the 1989 FA Cup semi-final, was found guilty of failing to discharge a duty under the Health and Safety at Work Act in respect of ensuring there were enough turnstiles to prevent unduly large crowds building up outside the ground.

Ninety-six Liverpool fans died following the crush in the central pens of the Leppings Lane terrace at the match between Liverpool and Nottingham Forest on 15 April, 1989, after exit gates to the ground were opened to relieve a build-up of crowds outside.

The court heard there were seven turnstiles for the 10,100 Liverpool fans with standing tickets.

Judge Sir Peter Openshaw said: "He should have realised there was an obvious risk that so many spectators could not pass through seven turnstiles in time for kick-off."

Mackrell sat in the well of Preston Crown Court rather than the dock for the sentencing.

About half a dozen family members sat in the public gallery and nine members of the press were also in court, with others watching from an annexe.

Three members of the jury returned to hear the sentencing.

The former club secretary, the first person to be convicted for an offence relating to the disaster, was found guilty by a majority of 10 to two on 3 April following an 11-week trial. 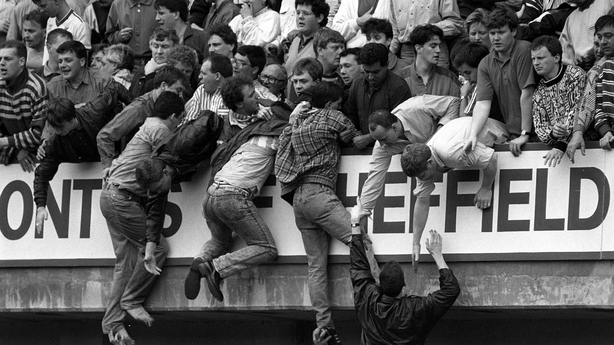 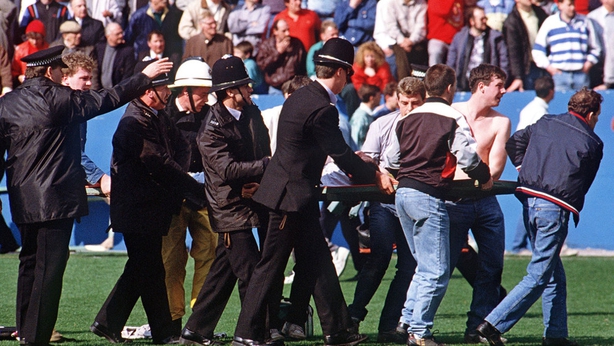 In a statement following the sentence, Mackrell said: "I am grateful that today the judge recognised my conduct did not cause or contribute to the death of any person or cause any person to be injured on that tragic day.

"Despite that, I do wish to take this opportunity to make clear my sympathy to all those impacted by this appalling tragedy. No-one should have to go through what the families have experienced.

"Due to the ongoing legal processes involving other defendants, I will not be making any further comment."

During the trial, stadium safety expert John Cutlack told the court there were not sufficient turnstiles for fans on the day.

But Jason Beer QC, defending Mackrell, argued the build-up outside was caused by other factors, including a lack of police cordons and the unusual arrival pattern of fans.

In his statement, Mr Wilkinson, chairman of the League Managers Association and the last English manager to win the league title, said he had worked with Mackrell when he was manager of Sheffield Wednesday between 1983 and 1988, and described him as "competent, proficient and trustworthy".

Mackrell had originally faced three charges relating to the disaster, but two counts of contravening terms or conditions of the ground's safety certificate were dropped during proceedings.

Outside court, Louise Brookes, whose brother Andrew died at Hillsborough, said: "Our 96 are dead and all its worth is £67.70 each. Shameful. Thirty years to get to this.

Speaking of Mackrell, Christine Burke, whose father Henry died in the disaster, said: "When Hillsborough happened he was in charge of the safety certificate at the time and he should have been sacked straightaway. There should have been no way that he could have pursued his career as he did do after Hillsborough.

"He went on to bigger and better things, he was promoted. This is a man who has been paid very well and gone on to do other things. That should not have happened."

She said she was "absolutely livid" when reference was made in court to Mackrell's good character and said if he was "any kind of professional person and decent man" then he would have answered the 22 questions put to him by officers from Operation Resolve - the criminal inquiry into Hillsborough - rather than give no comment.

Mackrell stood trial alongside match commander David Duckenfield but, after deliberating for 29 hours and six minutes, the jury failed to reach a verdict on whether the former chief superintendent was guilty of the gross negligence manslaughter of 95 of the victims.

A hearing to decide whether Mr Duckenfield will face a retrial is expected to be held next month.