Major roads in central London have been blocked for a second day by climate change protests, which have seen more than 120 people arrested.

Motorists face gridlocked traffic on a number of alternative routes, such as Westminster Bridge and Blackfriars Bridge.

The Metropolitan Police said half a million people have been affected with 55 bus routes diverted.

It warned that demonstrations are expected to continue "throughout the coming weeks".

At 12.30pm police said there had been 122 arrests in connection with the demonstrations. 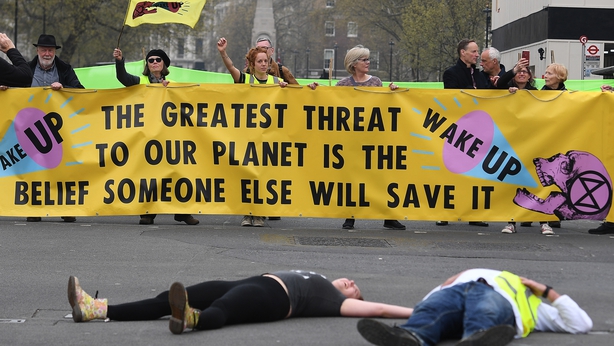 Five of the arrests were for criminal damage following disruption outside commercial premises yesterday.

The remaining 117 were on Waterloo Bridge last night and in the early hours this morning, with the majority made for Public Order Act offences and obstructing a highway.

All remain in custody. 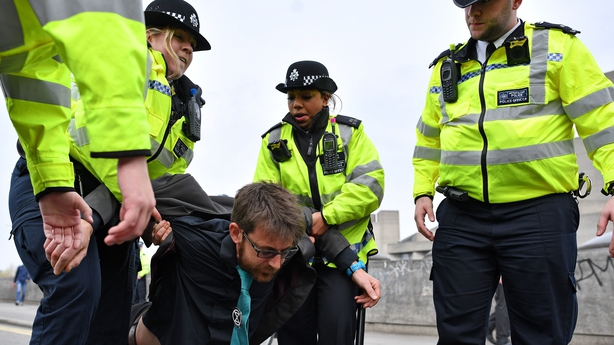 Dozens of protesters were dragged away from Waterloo Bridge by police officers at around 1pm today.

As a large group of officers arrived to remove the campaigners, they were met with chants of? "We are peaceful, what about you?"

There were loud cheers, the ringing of bells, and the blowing of whistles as people were quickly arrested and taken to police vans.

Campaigners crowded and rallied around a man who was screaming "This is a fascist police state", as he was confronted by officers.

Many protesters remained on the bridge, chanting for climate justice and refusing to move. Chief Superintendent Colin Wingrove of the Metropolitan Police said: "Ongoing demonstrations are causing serious disruption to public transport, local businesses and Londoners who wish to go about their daily business.

"We expect demonstrations to continue throughout the coming weeks. We have significant resources in place to deal with any incidents that may arise and officers out on the ground who are well trained in maintaining public order."

Extinction Rebellion said it aimed to cause more than £6,000 of damage so activists could be tried by a jury in Crown Court.

The campaign group described those arrested as "brave rebels".

Four activists chained and glued themselves underneath a lorry parked on Waterloo Bridge, where they slept last night. 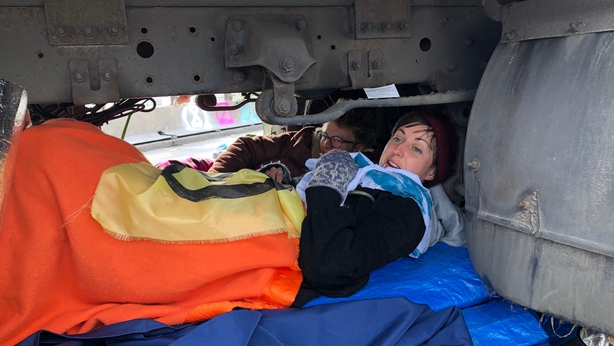 The campaigners had blankets and sleeping bags, and declared they will stay there for as long as possible.

Ben Moss, 42, from Islington, north London, glued himself to the bars of the lorry.

He said: "We're in an extreme situation, we have to take action. This is my personal action to the moral issue of the climate crisis and ecological collapse.

"I'm doing this because I want the government to do something.

"I've got a week off work - if more is necessary I can make my excuses. I'm a director of a company, I work at a co-operative, but not everyone can come and do this."

A Transport for London spokesman said: "There are demonstrations taking place across London which are causing disruption to some bus services and on the road network.

"The safety of our customers and staff is our number one priority and we're working closely with the police to manage the impact on London's transport network.

"We would encourage people to check their journeys before they travel."