Gardaí are assisting the Metropolitan Police after three parcel bombs were sent to London's Heathrow and City airports and Waterloo train station.

All three of the envelopes had Irish stamps on them, and at least two had an Irish return address.

The stamps appeared similar to some issued by An Post for St Valentine's Day 2018, featuring a heart motif and the words "Love Éire".

Images of the packages showed a partially-burned package, which appeared to have Dublin written in black ink in the bottom right-hand corner of the envelope. 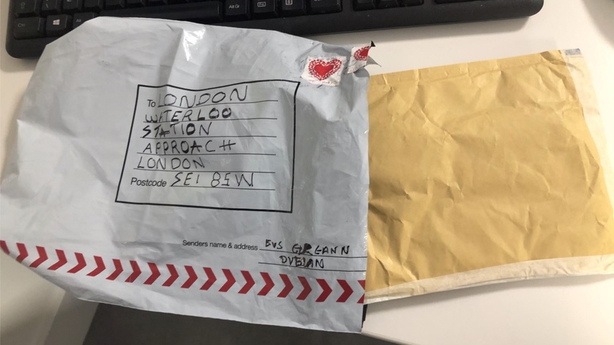 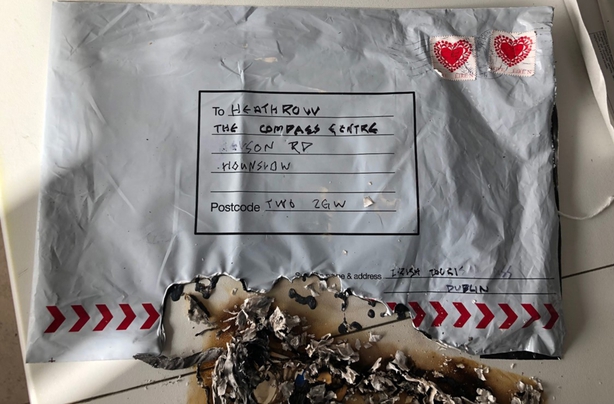 The jiffy bag reportedly sent to Waterloo appears to have its sender's address as Bus Éireann, Dublin, but the company said gardaí or police had not been in touch.

"Bus Éireann are currently not aware of this and we have no further comment," a spokeswoman said.

Police in London responded to reports of suspicious packages at Waterloo train station and office buildings at Heathrow and London City airports this morning.

Officers say no one has been injured. They are treating the incidents as linked and are keeping an open mind regarding motives.

Security sources said that the devices did not appear to be very sophisticated.

Advice has been issued to transport hubs across London to be vigilant and report suspicious devices to police.

London Correspondent @mitchefi has the latest on the London parcel bombs pic.twitter.com/eWs3ZyNz6Z 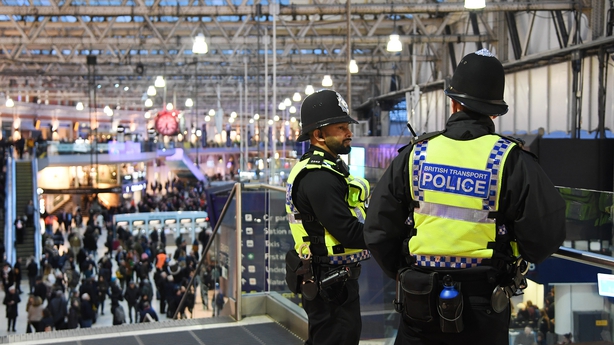 Officers first received a report of a suspicious package at The Compass Centre, a building near Heathrow Airport, shortly before 10am.

A statement from Scotland Yard said: "The package was opened by staff at the building, causing the device to initiate. This resulted in part of the package burning".

The building was evacuated as a precaution and specialist officers attended the scene to make the device safe. Police said the building remains closed as enquiries continue.

A Heathrow spokesman said that flights and passengers were not affected by the incident.

British Transport Police were later called to reports of a suspicious package in the post room at Waterloo station at 11.40am. The package was not opened and specialist officers again made the device safe. 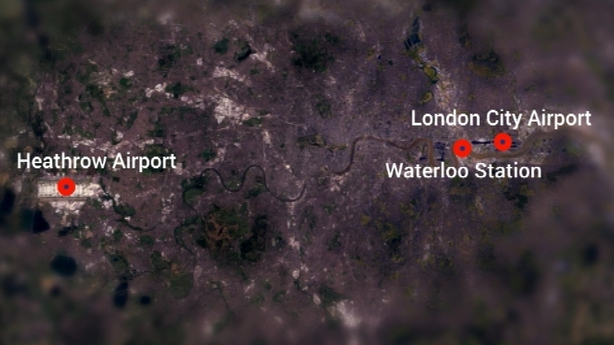 The station was not evacuated and trains continued to run as normal, but cordons were in place outside on Cab Road. Its owner, Network Rail, would not comment on the incident.

Waterloo is the busiest train station in the UK with 94 million passengers in 2017/18.

Officers were also called to a report of a suspicious package at Aviation House at London City Airport shortly after 12pm.

The package was not opened, the building was evacuated and specialist officers made the device safe. The building has since opened.

Docklands Light Railway services to the airport are running after an earlier suspension.

A spokesman for London City Airport said Aviation House was a staff-only building about three minutes from the terminal and no flights or passengers were affected.

Mayor of London Sadiq Khan tweeted: "Our thanks go to police, security, transport staff and all involved for their swift actions to keep our city safe."

The @metpoliceuk Counter Terrorism Command has launched an investigation after three suspicious packages were found at locations in London.

Our thanks go to police, security, transport staff and all involved for their swift actions to keep our city safe.https://t.co/Ow7xxILfRs