The Duke of Edinburgh's car crash at the age of 97 has prompted debate around the safe age of drivers.

Queen Elizabeth II's husband emerged "shocked and shaken" but unhurt from a car crash that flipped his Land Rover on its side.

A nine-month-old baby who was in the back seat of the Kia hatchback involved in the collision was uninjured, while one of the two women inside hurt her wrist, local police said. 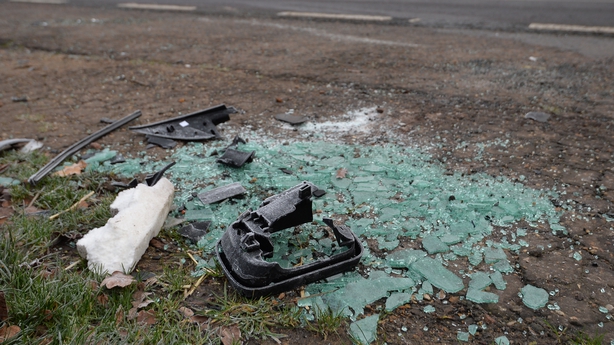 Do I need to reapply for a licence at a certain age?

In Ireland, a person's age determines the driving licence term they can apply for.

For anyone who applies for a licence from age 60 to 66, their licence will expire when they reach age 70.

Drivers aged between 67-69 and granted a licence will have it for three years.

Any drivers wishing to apply for a licence over 70 will have either a three-year or a one-year licence.

This is subject to a certification of fitness to drive by a GP.

The rules in Britain are slightly different to Ireland as motorists who reach the age of 70 are required to renew their licence and must do so every three years thereafter.

There is no driving test or medical examination and it is down to drivers to declare whether or not they are fit to drive.

A Consultant in Geriatric Medicine at Tallaght Hospital has said that the media tends to "disproportionately" report car crashes involving older people.

Speaking on RTÉ's Today with Sean O'Rourke, Des O'Neill said that older drivers are involved in fewer crashes, with the biggest risk group those aged between 18 and 25.

He said: "Who has the best reflexes, eyesight, all those areas? It's actually younger people, who have the most crashes, so it's actually around strategy and tactical thinking.

"The problem here is that people tend to have a very simplistic view that it is all about reflexes and eyesight, in fact it is about not getting yourself into a position where you are going to have a crash."

The AA in the UK said car crashes involving older drivers can sometimes lead to calls for tighter rules or even bans.

But AA president Edmund King said GP and family advice is more significant than a person's age when it comes to how long someone should keep driving.

Mr King said: "Many commentators use high-profile car crashes involving elderly drivers as a reason to call for bans or restrictions on older drivers.

"If driving restrictions based on age and safety were introduced we would be more likely to restrict young drivers rather than older drivers.

"Older drivers often self-restrict their driving by not driving at night and only driving on familiar roads.

"The decision to hang up your keys is a tough one but should be based on personal advice from your GP and family rather than being based on some arbitrary age.

"We all age differently and the car is an essential lifeline for many elderly people."

Is the Duke known to be a keen motorist?

Philip is no stranger to the driving seat and has previously been seen with very famous passengers in a Range Rover.

He showed former US president Barack Obama and his wife Michelle the personal touch when he drove them and the Queen to Windsor Castle after the presidential helicopter Marine One had landed close to the monarch's Berkshire home during their visit to the UK in April 2016. 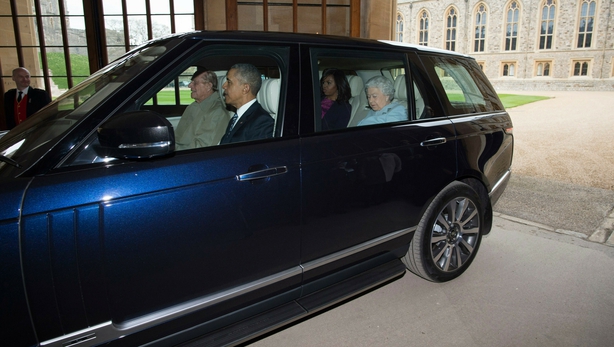 The gesture was akin to picking up guests from the airport, although the journey only lasted a few minutes. Mr Obama looked delighted when he discovered Philip would be driving them.

As the Queen and Mrs Obama sat in the rear seats, the duke looked composed at the wheel of the Range Rover as it made its way around the castle's quadrangle and stopped outside the sovereign's entrance.

Are there many people over the age of 90 in the UK who still have a driving licence?

Figures from the DVLA in November showed 110,790 people aged 90 or over still held driving licences.

There were 314 licence holders aged at least 100. The oldest were four people who were 107.

RTÉ has contacted the Road Safety Authority and the National Driver Licence Service in relation to the Irish figures.

What did the police do after the duke's accident?

As is force policy, officers from Norfolk Police carried out roadside breath tests on the drivers of both vehicles, which proved negative. They are now investigating the circumstances.