Britain's Crown Prosecution Service has said there is sufficient evidence to charge two Russian nationals with offences, including conspiracy to murder former Russian double agent Sergei Skripal and his daughter.

The men have been named as Alexander Petrov and Ruslan Boshirov.

She said: "The GRU is a highly-disciplined organisation with a well-established chain of command. So this was not a rogue operation.

"It was almost certainly also approved outside the GRU at a senior level of the Russian state."

Mrs May said Russia had replied with "obfuscation and lies" when asked to account for what happened, including claiming she had invented Novichok.

She added: "Their attempts to hide the truth by pushing out a deluge of disinformation simply reinforces their culpability."

The CPS said it will not be applying to Russia for the extradition of the two men, but a European Arrest Warrant has been obtained.

Sue Hemming, CPS director of legal services, said: "Prosecutors from CPS Counter Terrorism Division have considered the evidence and have concluded there is sufficient evidence to provide a realistic prospect of conviction and it is clearly in the public interest to charge Alexander Petrov and Ruslan Boshirov, who are Russian nationals."

Those offences include conspiracy to murder Mr Skripal; the attempted murder of Mr Skripal, Ms Skripal and PC Nick Bailey; the use and possession of Novichok contrary to the Chemical Weapons Act; and causing grievous bodily harm with intent to Ms Skripal and PC Bailey.

Novichok was developed by the Soviet military in the 1970s and 1980s. Russia has repeatedly denied any involvement in the attack.

The Russian Foreign Ministry said today that the names of two men named by British prosecutors meant nothing to Moscow.

Assistant Commissioner of the Metropolitan Police Neil Basu said it was likely the suspects were travelling under aliases and Alexander Petrov and Ruslan Boshirov were not their real names.

They are believed to be aged around 40.

Mr Basu said Novichok contamination was found in the London hotel where the two men stayed for two nights, but at levels below that which would cause public health concern.

Mr Skripal and his daughter Yulia were found unconscious on a bench outside a shopping centre in Salisbury on 4 March.

PC Bailey, who was one of the first officers involved in the investigation, was also affected by the nerve agent. All three subsequently recovered.

Detectives believe the front door of Mr Skripal's Salisbury home was contaminated with the military-grade substance on that date.

Mr Basu said CCTV shows the two suspects in the vicinity of the property on that date.

Hours later, the men left the UK on a flight from Heathrow to Moscow - two days after they had arrived at Gatwick.

Mr Basu said: "We have no evidence that they re-entered the UK after that date."

The announcement today relates to the Salisbury incident, but Mr Basu confirmed that officers have now linked the attack on the Skripals to events in Amesbury less than four months later.

He appealed to anyone who knows the two suspects or saw them while they were in the UK between Friday 2 March and Sunday 4 March, where they spent two nights at a hotel in east London.

In the second incident, Dawn Sturgess, 44, and her partner Charlie Rowley, 48, were exposed to the same nerve agent used in Salisbury.

Ms Sturgess died in hospital in July, just over a week after the pair fell ill.

Mr Basu said: "We do not believe Dawn and Charlie were deliberately targeted, but became victims as a result of the recklessness in which such a toxic nerve agent was disposed of.

"We know that Novichok was applied to the Skripals' front door in an area that is accessible to the public, which also endangered the lives of members of the public and emergency service responders."

Police released an image of a perfume bottle recovered from Mr Rowley's home which is thought to have contained Novichok.

He said police continue to liaise with the CPS regarding the poisoning of Ms Sturgess and Mr Rowley. 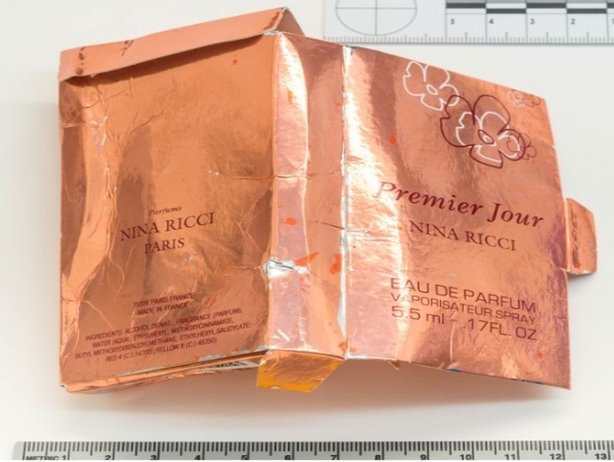 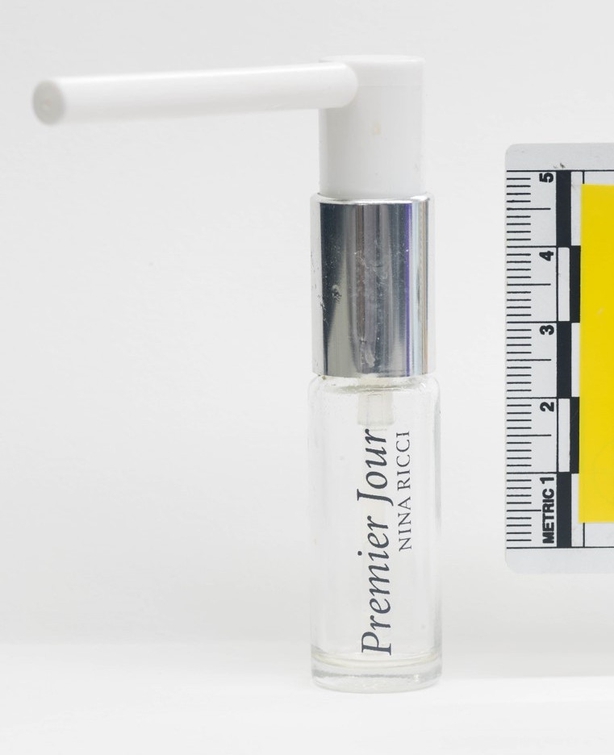