Local elections have seen setbacks for Labour and a collapse in the UKIP vote, with supporters of the eurosceptic party apparently switching in droves to the Conservatives.

Early results gave a major boost to Prime Minister Theresa May's hopes of a general election landslide on 8 June, with the Conservatives picking up more than 270 councillors and gaining control of eight authorities.

Liberal Democrats had a mixed election, failing to break through against the Tories in the south-west England battleground but making advances in some general election target seats like Eastleigh and Wells.

Shadow chancellor John McDonnell acknowledged that Labour had suffered a "tough" night, but insisted the results were not "the wipeout that some people expected".

There was still "all to play for" in the general election in just five weeks' time, he said.

As UKIP shed 47 seats without picking up a single councillor, leader Paul Nuttall said the party was "a victim of its own success" over Brexit.

Losing seats to Tories was "a price UKIP is prepared to pay" for the prize of leaving the EU, he said.

The results sparked a furious reaction from the party's former donor Arron Banks, who said UKIP was "finished as an electoral force" under its current leadership and needed "a strategic bullet to the back of the head".

Conservatives won the West of England metro mayor contest and topped the first round of voting in Tees Valley, while Labour claimed the mayoralties in Liverpool, Doncaster and North Tyneside.

Defence Secretary Michael Fallon insisted the Conservatives were not complacent, but said it appeared they were winning votes from all their rivals.

Mr McDonnell insisted that Labour's vote "held up" in areas of Wales where Jeremy Corbyn had campaigned, and said there were signs that voters were developing more confidence in the party leader as he had the chance to get his message across.

He repeated Labour's challenge to Mrs May to take part in TV debates, contrasting Labour's "open, engaging" campaign with the "robotic" appearances by Mrs May.

"So far, it's been a tough night, but it hasn't been the wipeout that people expected," said Mr McDonnell.

"Voters who previously voted for all three - Lib Dem, Labour and UKIP - are now seeing that what this country needs is a government with a full, working majority to negotiate a good, successful exit from the European Union and to build a stronger, fairer Britain after that," he said.

"To do that you need a proper working majority and that's what Theresa May is asking for from people who previously wouldn't have voted for us and may well have voted either UKIP or Labour." 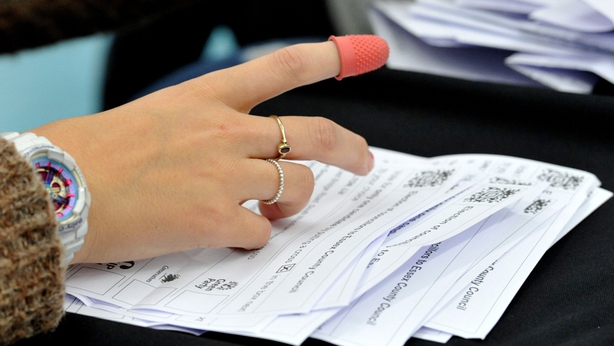 With full results declared by 45 of the 88 councils holding elections in England, Scotland and Wales, the Tories had control of 13 authorities, including eight gains.

Among the authorities which had declared their final results, Labour had control of five councils and had lost control of four.

UKIP had failed to win a single seat, a loss of 41.

"UKIP has virtually disintegrated, and that matters politically because, if you are a middle-of-the-road Conservative who voted Remain and you see your own party effectively assimilating UKIP and its values as well as its voters, I think they will have pause now and worry about the future," he said.

Mr Cable called the night "neutral" for his party: "We've held our ground, unlike Labour, which has collapsed, and UKIP, which has virtually disappeared," he said.

"In areas where we hope to win back MPs when we get back to the general election, like Cheltenham and Eastleigh and Wells, we've done exceptionally well - our vote share has gone up."

Results were expected later in the metro-mayoral contests in Greater Manchester and the West Midlands.