RTÉ reporter Joan O'Sullivan and cameraman Magnus Kelly travelled to the African country of Djibouti, courtesy of the Simon Cumbers Media Fund to speak to some of the migrants hoping to travel to war torn Yemen. 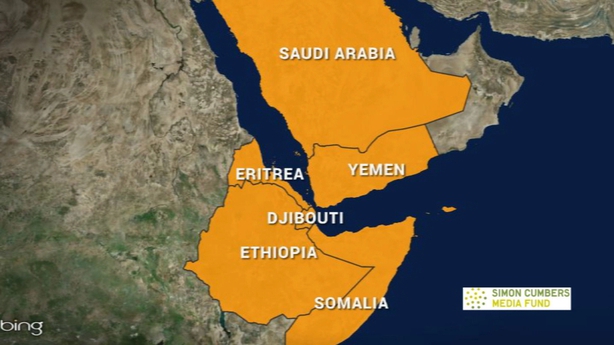 The small African country of Djibouti has become a crossroads for those fleeing in both directions.

It receives Yemenis seeking refuge from the conflict and it temporarily hosts migrants from other African nations who travel here in order to cross the sea to Yemen.

The migrants want to travel through Yemen and then into Saudi Arabia where they hope to find work.

But those who reach Yemen are plunged into immediate danger.

"They sell whatever tiny resources they have to make this journey, not knowing that they're going to be exploited and racketeered," says Leonard Doyle of the International Organisation for Migration.

"The worst of course is what happens to the young women who end up in desperate sex slavery."

The migrants are targeted by criminal gangs; tales of kidnapping and extortion are widespread.

Mr Doyle says it now common practice to torture a migrant by melting a plastic bottle over their skin.

The criminals call the migrants families by phone and force them to listen to their loved ones screams of pain. Then they demand payment.

He says as the situation in Yemen grows more desperate, even ordinary people are looking to the migrants as a source of revenue.

Despite the horror stories and the danger, 6,000 migrants travel to Yemen each month. 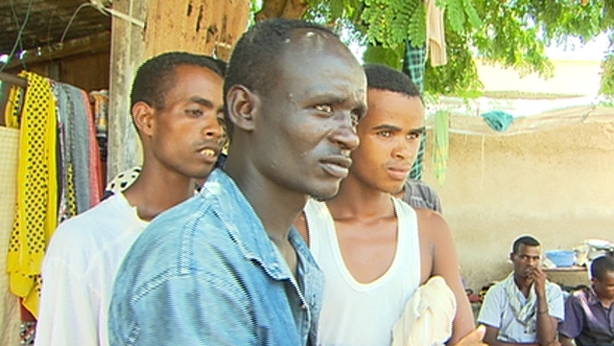 Djibouti - The crossroads of conflict and prosperity pic.twitter.com/Mq1IldrKSS

Ellias is a 25-year-old migrant from Ethiopia, who is determined to go to Yemen.

He wants to find work in Saudi Arabia and earn enough money to send home to his parents so that they can build a house.

"I know there is a war in Yemen but I will avoid the fighting," he says. "Yes I am afraid, but I have no choice." 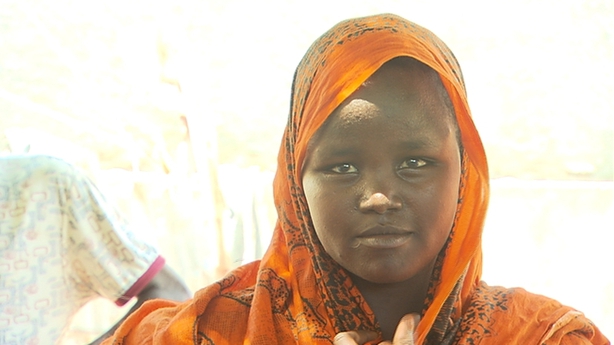 Chartu is just 15. She says she has spent too much money to turn back now.

"We paid smugglers in Ethiopia to bring me to Djibouti, now I must go on to Yemen and to Saudi to find work," she says.

Both migrants spoke to us from a hostel in Tadjourah town. As the migrants eat a meal in the courtyard, a baby is playing on the ground.

The hostel owner tells us that a migrant gave birth to him in the hostel last year, and then left for Saudi Arabia. No one has heard from her since then. The baby is being raised by the hostel owner herself. 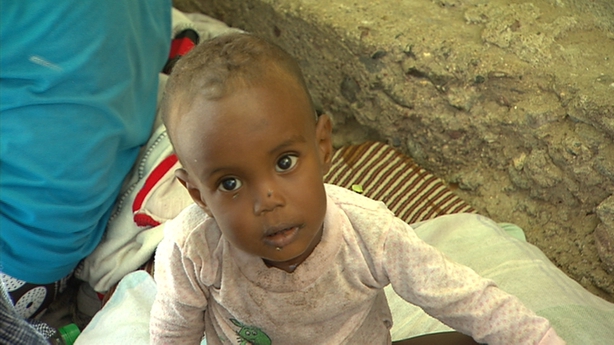 Most migrants are travelling to the small fishing village of Obock where they hope to find a smuggler who will take them to Yemen.

On the roads between Tadjourah and Obock, groups of migrants can be seen walking or taking shelter from the heat.

Most are travelling without a bag or much in the way of possessions. Many have walked for thousands of kilometres just to get this far.

Aid organisations regularly find bodies in the desert. Migrants die of exhaustion and dehydration before they can reach a town or village.