Ismael Villegas is on holiday, but you wouldn't know it to look at him.

He hasn't showered in a week, he's been sleeping a few hours a day on the floor of a strip club, and he spends the rest of his time digging through the rubble of a building that collapsed in Mexico's earthquake last week.

Villegas is a "topo," the Spanish word for mole - volunteer rescuers who tunnel into the concrete-and-steel mountains of collapsed buildings, looking for survivors and dragging them out.

It is a tradition that dates back to another earthquake in 1985 that killed more than 10,000 people and flattened hundreds of buildings in Mexico City.

That earthquake - which struck on the same day as this one, 19 September - overwhelmed the government's emergency services, leaving civilian volunteers to fill the void.

Villegas, who was 14 at the time, remembers watching in fascination as scrappy young men and women tunnelled into the abyss to pull out trapped survivors.

It involves crawling into the cavities left by the collapse, then tunnelling horizontally through the wreckage floor by floor, looking for air pockets where people may be alive.

It is faster and less expensive - but far more dangerous - than the standard international technique, which involves working down vertically through a collapsed building, one section at a time, pausing regularly to ensure the structure remains stable.

"Our technique is to dig tunnels. That's why they call us moles, because we dig tunnels, sometimes with nothing but our hands," said Villegas, wearing a helmet strapped with protective goggles and a headlamp. 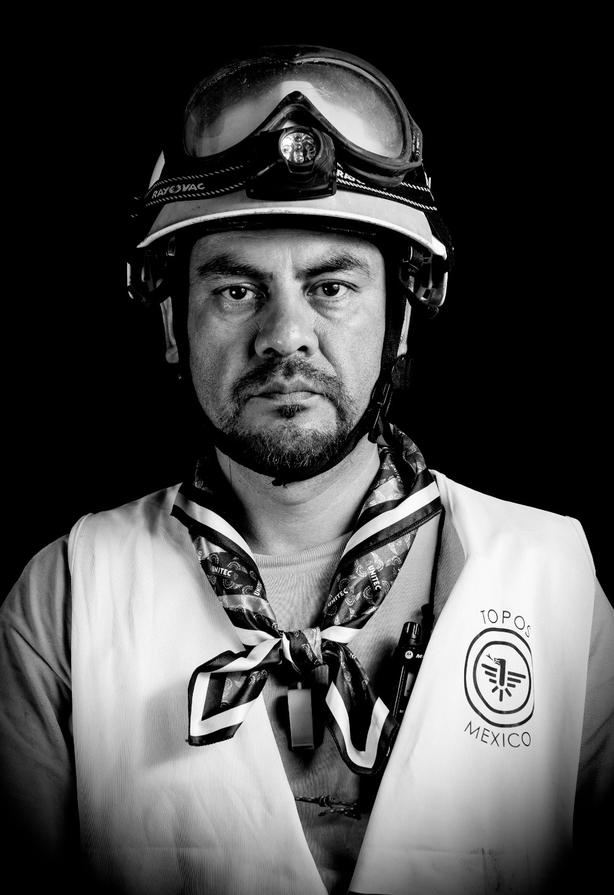 When last Tuesday's earthquake shook Mexico City, Villegas was 700km away, in the southern state of Oaxaca, helping clean up damage caused by an earlier quake on 7 September.

As soon as the ground stopped shaking, he jumped in his car and rushed back to Mexico City, where reports were already emerging of collapsed buildings with people trapped inside.

"I drove as fast as I could. It was a 10-hour drive. I got here at two in the morning and jumped straight into the rubble. My team and I managed to get seven survivors out," he said.

Villegas has not budged since from this pancaked seven-story office building on Alvaro Obregon Avenue in the trendy Roma district, one of the worst scenes of destruction in a disaster that killed more than 330 people.

"We're staying nearby, in a strip club. There's a pole and a bar and all the stuff the girls use and everything," he told AFP.

"They invited us in. They're letting us use their bathrooms and sleep on the floor."

Villegas estimates there are about 200 moles in Mexico.

They are, by definition, volunteers. When a major earthquake strikes - not just in Mexico, but around the world - they take time off from work and rush to the disaster zone. 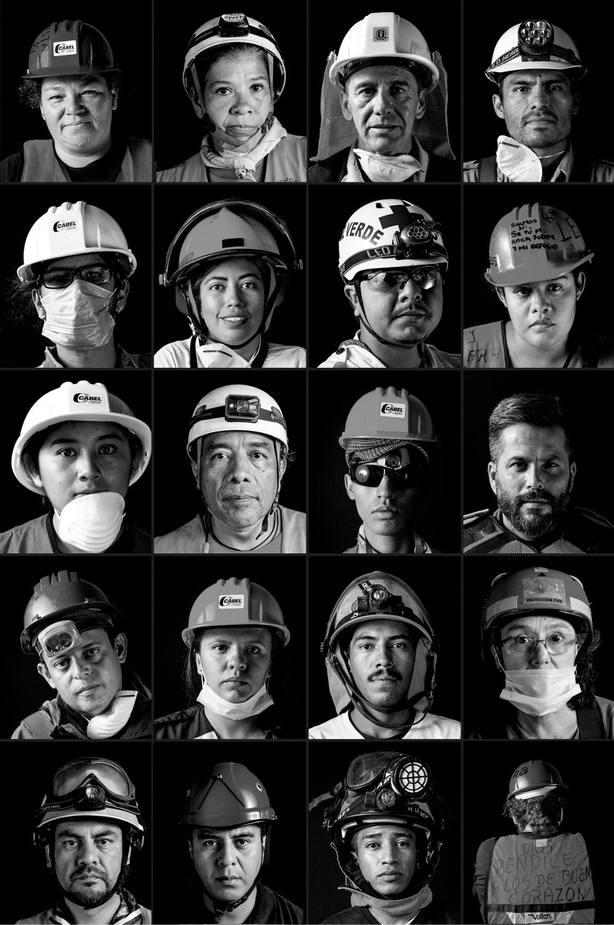 In his day job, Villegas, 46, is an electrician on the Mexico City subway. But being a mole, he says, is all-consuming.

"I'm not married and I don't have children. I think it must be because I'm always rushing off to disasters, because I don't think I'm that bad-looking!"

It is dangerous, too.

One misstep in a collapsed building and you can end up at the bottom of a chasm. One shift in the precarious structure and you can get crushed.

"It's like a layer cake with different levels. All of a sudden, someone pulls out the base and six levels of cake collapse into one and a half," said Luis Garcia, 43, a lawyer and mole.

"It's a sea of cement, rebar, metal, rubble and liquids. You feel desperate in there."

Pola Diaz Moffitt, who works alongside Villegas in an association called the Adrenaline Star Moles, started doing this back in 1985.

She said fear grips her when she first ventures into the rubble, even to this day.

"At first your legs tremble, and then you get it under control. It's a place where everything is moving," she said.

Diaz, a 53-year-old social worker, estimates she has helped save some 25 lives in her career.

There is little hope of finding more survivors of the 7.1-magnitude quake. 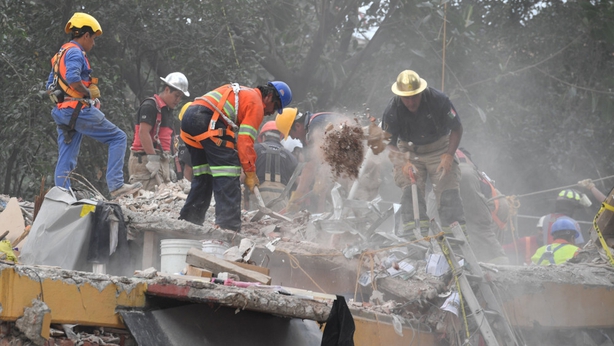 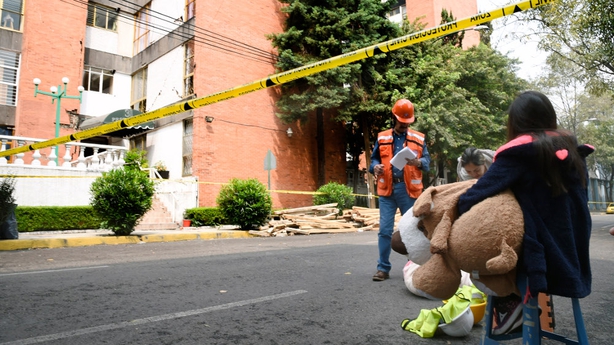 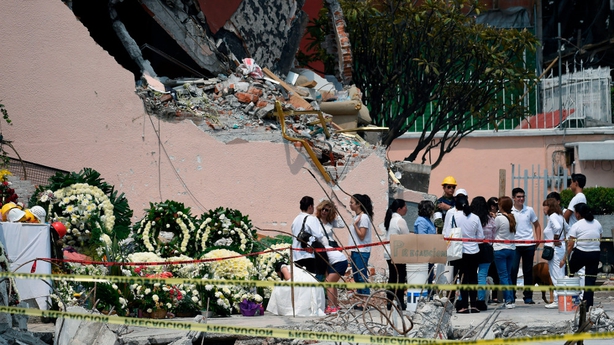 When the Alvaro Obregon building crumpled into a tangled heap of concrete and steel, there were 132 people inside.

Twenty-nine were rescued alive in the first few days, and 69 across the city.

But since late Friday, only bodies have been recovered from the 39 buildings that collapsed.

The moles, however, refuse to give up - even after more than a week of hard work and next to no sleep.

"We've rescued survivors from the rubble after a week, even more," said Villegas.