Voters in the UK go to the polls this Thursday, 23 June, to decide whether or not Britain stays in the European Union.

The referendum is being hailed as one of the most important political decisions in a generation.

What will the people be asked?

The question on the ballot paper will be: 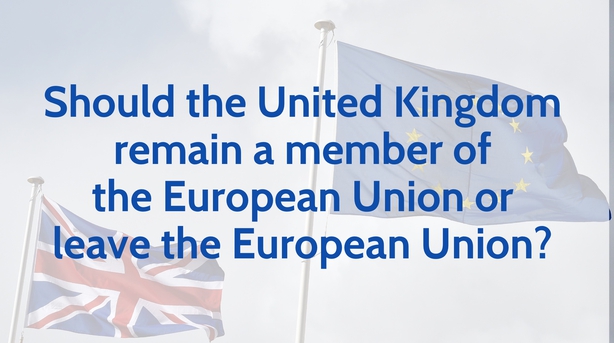 How did the referendum come about?

This won't be the first such referendum in the UK. In 1975, just two years after joining the then EEC, voters went to the polls in a referendum on continued membership; 67% of the electorate voted then to remain in the EEC.

As the EEC became the EC and then the EU, it stoked fears about an erosion of British sovereignty.

Membership is an issue that has particularly vexed the Conservatives, with many party members deeply sceptical of the EU's increasing powers.

Disagreement and division eventually led to a declaration in September 2013 from David Cameron: "We will give the British people a referendum with a very simple In or Out choice".

British Prime Minister David Cameron is leading the campaign to stay in the EU, while former mayor of London Boris Johnson is the main protagonist in the leave camp. 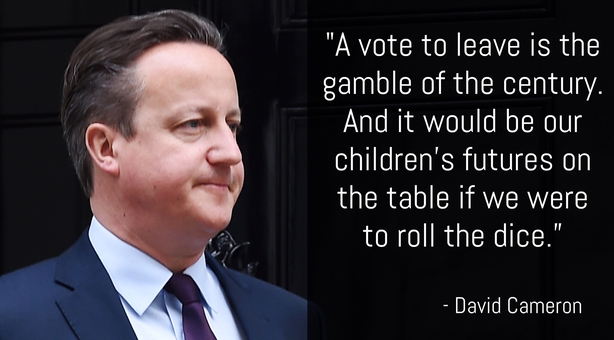 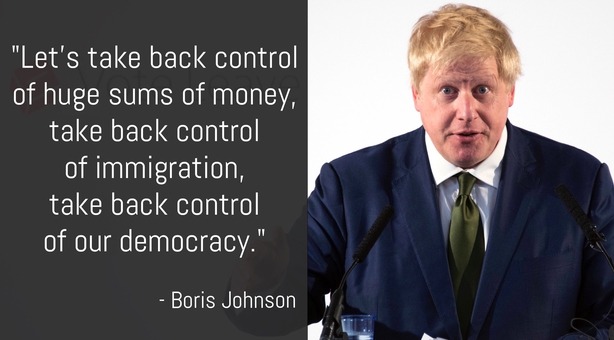 British Labour Party leader Jeremy Corbyn, who had been accused by many in his party of showing only lukewarm support for the remain side, last month said that "a vote to stay in is in the best interests of the people of this country".

UKIP leader Nigel Farage has said: "This is a once in a lifetime opportunity to get back the independence and self-government of this nation."

What are the key issues and key claims in the campaign?

The economy, cost of EU membership, migration and security are some of the main issues.

Read a summary of the main claims from both sides.

What is the potential economic impact of a Brexit?

Some believe maintaining the EU link is vital, but others think the EU's ironclad rules are not good for business.

Brexit: A look at the economic impact of the referendum

What would a Brexit mean for Ireland's economy, trade and jobs?

Prime Time's Robert Shortt reports that the referendum could change the Europe we have known for the past 40 years.

Could a Brexit send Ireland back in time?

For an export orientated economy free trade with Britain has been enormously beneficial. According to the Central Statistics Office, the UK is Ireland's biggest trading partner in the EU for the export of goods.

But Britain is absolutely vital for Irish agricultural produce because 52% of Irish beef goes to the UK, 60% of cheese exports and 84% of poultry.

Now there is the possibility of tariffs being re-imposed on goods going to and from the UK as Britain goes to the polls to decide whether it wishes to remain in the EU.

If there is a vote to leave the EU we don't know what that would mean. But there are some certainties for Ireland if Britain does vote to leave.

RTÉ's Business Editor David Murphy looks at the impact of a Brexit on Ireland. Click here

What are the concerns of Irish businesses?

A survey of Irish business leaders suggests they see a Brexit as the most important risk to their business.

The Irish economy is driven by imports and exports and our next-door neighbours are a massive part of that trade.

Trade flows between Britain and Ireland are worth about €1bn every week – that is big business not just for Ireland but for Britain as well.

Official figures show that Britain is Ireland's second biggest trading partner behind the US.

RTÉ's Business Editor David Murphy gauges the concerns of businesses in Ireland over a possible Brexit:

What impact might a Brexit have on Irish farmers?

The OECD's latest economic outlook says that Ireland along with Holland and Luxembourg would be hardest hit by a Brexit.

It comes as Teagasc warned that Ireland could lose as much as €1bn in agri-food exports if the UK votes to leave the EU.

RTÉ's Agriculture Correspondent George Lee reports on the effect a Brexit could have on Irish farmers:

After the British prime minister notifies the European Council that Britain plans to withdraw, negotiations would begin on the arrangements for leaving and for Britain's future dealings with the remaining 27 member states.

Read more - What would Britain's future relationship look like?

Will they stay or will they go?

Voters go to the polls on Thursday.

The votes will be counted by hand with the count beginning as soon as polls close at 10pm.

There are 382 individual counts, one for each council area in Britain, plus Northern Ireland and Gibraltar. These counts are taking place in 216 venues.

Counting in Northern Ireland will take place in eight count venues based on Westminster constituencies.

Local turnout figures will start to be announced from 11.30pm.

The first results in local counting centres will start being announced between 12.30am and 1am.

A clear indication is expected between 3am and 4am, when the majority of local count centres will declare.

The last of the local results are expected to be declared by 7am.

The final result will be announced in Manchester by the Chief Counting Officer at "breakfast time".

A statement is then expected from David Cameron by mid-morning.