A first-hand account by James Joyce of his unsuccessful attempts to avoid publicity when he married Galway woman Nora Barnacle in London in 1931 has been published by the National Library of Ireland.

Two previously unpublished letters from Joyce to his son Giorgio in the days before and after the wedding are among more than 160 items bequeathed to the James Joyce Foundation in Zurich, that have been digitised for online viewing on the National Library website in recent weeks.

The handwritten letters contain a detailed account of Joyce's alarm and distress when the English newspapers discovered that he was about to marry Nora in a civil ceremony in London, after they had been living together as man and wife for nearly 27 years in Austria, Italy, Switzerland and France.

Joyce had tried to keep the wedding secret by applying for a marriage licence only two days before the civil ceremony using his full name - James Augustine Aloysius Joyce - and also by declining to include his birthplace or his profession on the application.

But because he had become world famous in the near-decade since the publication of Ulysses in 1922 his identity was guessed by a Press Association reporter checking the notices at the Kensington Register Office and journalists laid siege to Joyce at his home and at the Register Office over the following days.

"All day the bell went and the telephone. Even at midnight when we came back from supper there was a reporter posted on the steps," Joyce told Giorgio five days after the wedding, adding that anyone who thought the ceremony was a publicity stunt "must be a complete imbecile".

The four-page closely written letter goes on to outline the persistent demands of the "Press Association man" for a statement, as well as the scene outside the Kensington Register Office on the wedding day when the street was full of newspapermen and a "pure blackmail" attempt by a Sunday Express reporter who tricked his way into Joyce's home later that day.

The Press Association man had approached Joyce near his home – in exclusive Campden Grove, just off Kensington Church Street – within hours of the advance wedding notice being posted at the Register office. Joyce told Giorgio that he tried to buy time by continuing to chew a cake or sweet that he was eating, but the reporter "went on to say he had been sent to me for a statement as to why, if I married N. B. in 1904, I was etc etc". 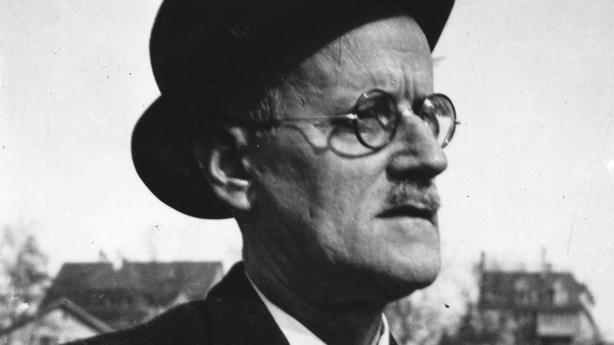 Joyce brought the PA reporter into his home while he tried to get advice from his solicitors and from his friend Robert Lynd, the Belfast-born literary editor of the News Chronicle (and author of, among other works, the 1912 essay Galway of the Races).

The PA man persisted in seeking a statement, pointing out that his first story had already been circulated on the wires and that a follow-up was required. He only went away when Joyce promised that his solicitor would supply a statement before 9pm.

The solicitor, Fred Munro, advised Joyce to "make a clean breast of it", the author told Giorgio. He added that Munro also wanted to say in the statement that Joyce and Nora were going through the civil ceremony in English law "for domestic reasons", but that he had insisted instead on using the words "testamentary reasons".

Joyce told Giorgio that the "testamentary reasons" explanation was true because he would have to make a new will, but he added: "The story that we are to stand by is that there was a marriage in 1904 in Austria invalid for some reason."

He said he would "invent" a reason, possibly "that Nora’s name was given falsely", lest her parents should make inquiries through the British Consulate in Austria.

The agreed statement, dictated personally to the Press Association by Munro, did not convince the Fleet Street newspapers. On the morning of the wedding they included the statement in their reports, but they also pointed out that Joyce's Who’s Who entry stated that "he was married in 1904 to Miss Nora Barnacle, of Galway". 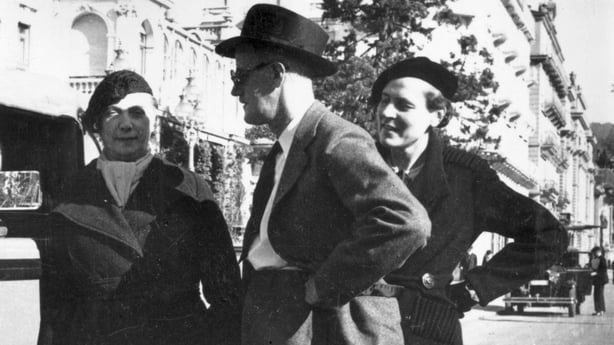 The encounter with the Sunday Express reporter who tricked his way into the Joyce home on the afternoon of the wedding by pretending to be a friend of a friend is also described in the letter.

Joyce said the reporter told him that he had inspected the marriage register and he wanted Joyce to comment on why it described Nora as a "spinster". Joyce said he got rid of him by referring him to his solicitor, but that "in ten minutes he was back" with a message from his editor.

"It was pure blackmail", Joyce told Giorgio. "They offered me half of the middle page if I would write an article for the next day on Modern Marriage and Free Love and he gave me to understand that if I did I would be well paid and if I did not the paper would hold itself free to deal with my 'double marriage' as it pleased."

Joyce told Giorgio that he dismissed the reporter's persistent begging for a statement and he went on: "I told him to inform his editor that I did not write for the Press and did not read it either, but that my solicitor would read with the proper attention anything they might publish. The Express came out next day without one word. (Keep all this to yourself)."

The dismay in the letter to Giorgio five days after the wedding is in stark contrast to the jocose tone of his letter written two days before the wedding.

"My Dear Children", he wrote to Giorgio and his wife Helen, "… the marriage has been arranged for Saturday July 4 (my father's birthday and the birthday of my brother George to say nothing of American independence) at the hour of 11.15am Greenwich time."

He added: "To throw people off the scent the bride will wear her lifeguard uniform while the groom will be in green satin with a white veil and an orange umbrella." And he advised: "Try to look as natural as possible so that people meeting you may not perceive that you have been turned into honest citizens all of a sudden."

Before signing off with the usual signature he used when writing to his children, "Babbo", he also wrote: "Say your prayers … and don't eat with the knife."

Joyce usually wrote to his children in Italian, but his letters to Giorgio and his American wife, Helen, are written in English. His handwriting is poor and some words are indecipherable. His eyesight was deteriorating badly by the time of his London wedding, when he was aged 49 and Nora was 47.

His friend Mary Colum has recalled that when Joyce was told that one of the journalists besieging him at the time of his wedding was an Irishman, he replied "with great bitterness":"I expected he would be".

The material put on display online this summer by the National Library of Ireland is owned by the Zurich James Joyce Foundation, to which it was bequeathed by Giorgio's stepson from his second marriage, Professor Hans Jahnke, who died in 2010.

It cannot be reproduced without the permission of the Zurich James Joyce Foundation.