The month-long World Cup soccer tournament kicks off tomorrow, however after spending billions of dollars to put on a show, host nation Brazil suddenly seems reluctant to dance.

Many people see the country as soccer’s spiritual home, however anger over the $113bn price tag coupled with delays in building and updating infrastructure has dampened the enthusiasm of even die-hard fans. 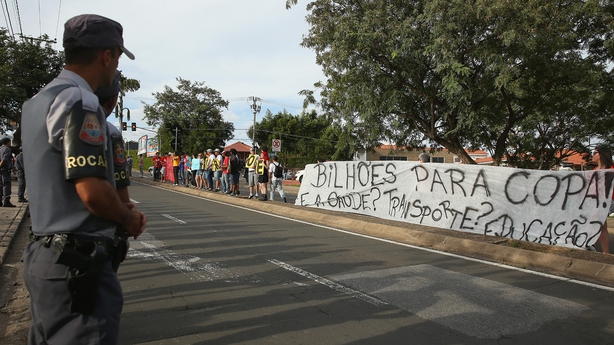 Mounting allegations of corruption inside world soccer body FIFA have done nothing to help.

Brazilians say they will find their trademark exuberance once the goals start rolling in.

For now, though, many of the international soccer fans descending on a country renowned for its Carnival celebrations, samba and soccer are disappointed. 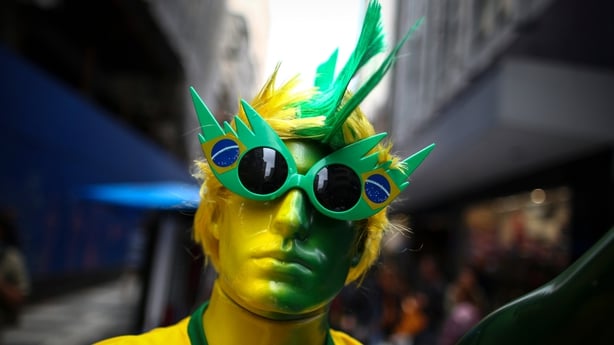 "We want to have some fun and we are trying hard to find it", said Vedran Lesic, part of a group of Croatian fans decked out in their national team’s red and white as they walked through the city.

The most enthusiastic visitors have resorted to making their own fun, carrying their national flags around the city, drinking in the streets and singing together as amused locals look on.

Otherwise the atmosphere is flat in Sao Paulo, the country’s buttoned-down business centre which hosts the opening match between Brazil and Croatia tomorrow.

An expected explosion of Brazil’s green and yellow has been slow to materialise and graffiti attacking FIFA and Brazilian politicians highlights the anger over poor public services.

Poor organisation caused huge delays in some of the key World Cup investment projects and workers in a dozen host cities are racing against the clock to have stadiums, airport terminals and access roads ready on time.

Some projects, such as a bullet train between Sao Paulo and Rio de Janeiro, never left the drawing board.

Others are only partially completed or have been delayed until after the World Cup. 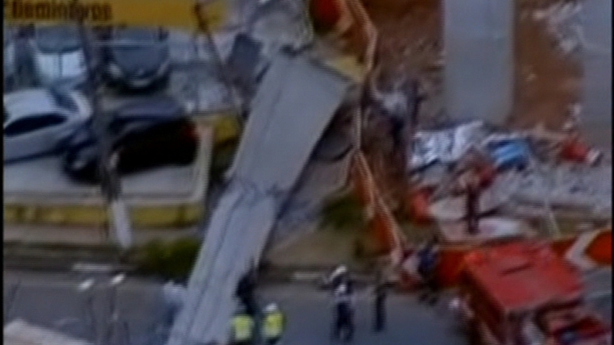 “They’ve had years to get ready, but we’ve flown into a work-site”, laughed Colombian businessman Manuel Pereira as he landed at Belo Horizonte airport.

Metal bars and wires stuck out of walls and orange-suited workmen wandered round the concourse doing an array of last-minute jobs.

“Let’s hope the Brazil team is as badly-prepared as this, then maybe Colombia can win the tournament!”

In Natal, hundreds of workers are rushing to prepare the area around the stadium before the match between Mexico and Cameroon on Friday.

In one toilet block, a line of more than 20 ceramic bowls are exposed to the hot sun, still awaiting walls and doors to protect the modesty of their future users.

Many Brazilians believe the money spent on building new stadiums in cities that only have small local teams should have gone instead to improving social services. 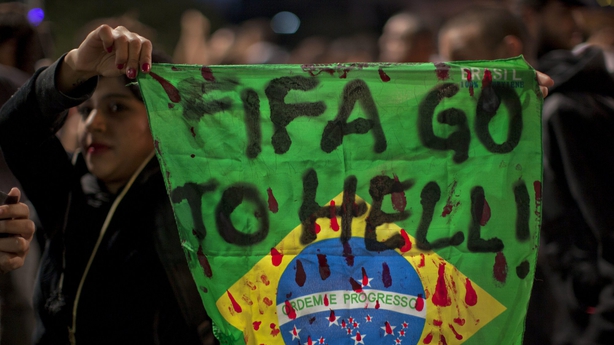 To stem the criticism, President Dilma Rousseff took to national television defending public investments and urging her compatriots to give visiting fans a warm welcome.

“We did this, above all, for Brazillians”, she said, adding that the public work built for the tournament “won’t leave in suitcases along with the tourists”.

Protests are, however, expected during the tournament.

“Brazilians aren’t happy with this World Cup. In another year, all this would be crazy with decorations”, said Anelio de Castro, pointing to the streets of his San Paulo neighbourhood.

“They wasted a lot of money on those stadiums when the priority should have been our awful health care system”, he said.

“I’ve always rooted for Brazil, but right now I want the team to lose so people will vote out the president.”

The mood may still change when the action starts, especially if the Brazilian team plays well and goes on to win the tournament for a record sixth time. 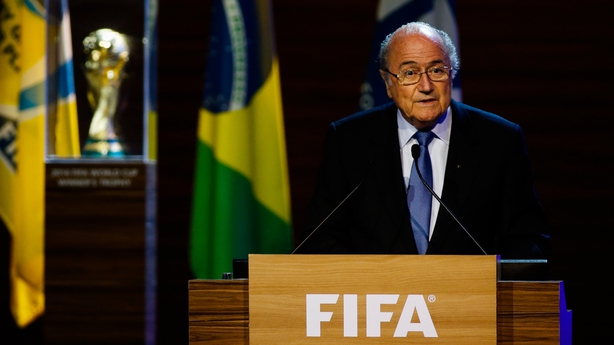 Meanwhile, in his opening address to delegates at the start of FIFA’s 64th Congress, President Sepp Blatter fancifully suggested that soccer could one day be played on other planets.

Making his opening remarks to delegates from all of FIFA’s 209 member nations, he told them of the impact football can have in the world, before looking into the future.

Blatter’s light-hearted remarks came at the start of what is likely to be a hugely important Congress with FIFA embroiled in a number of crises one day before the start of the World Cup which has itself been dogged by controversy.

“These are important times for FIFA”, Blatter said.

“The world is changing and the game must change with it. It is our duty to keep football going forward but also to keep our governance and control bodies installed.

“Our duty is not only to develop the game, it is also to ensure integrity of the game and protect the game, the game of the people. We shall be proud to see the impact of the game on our world”, the President said. 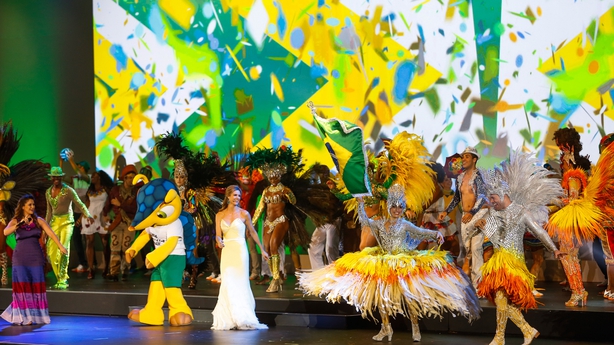 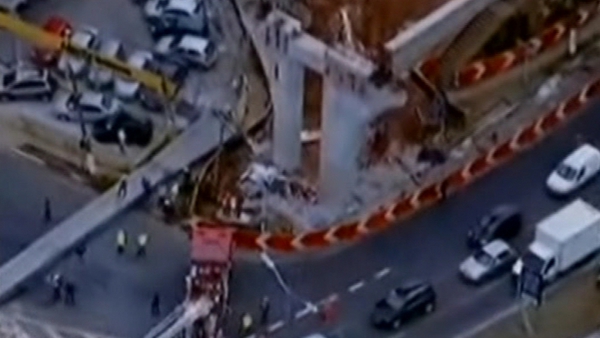