A snapshot of recent events in Ukraine, where parliament has appointed a pro-Western interim leader after ousted president Viktor Yanukovych fled Kiev, in the dramatic finale to three months of protests. 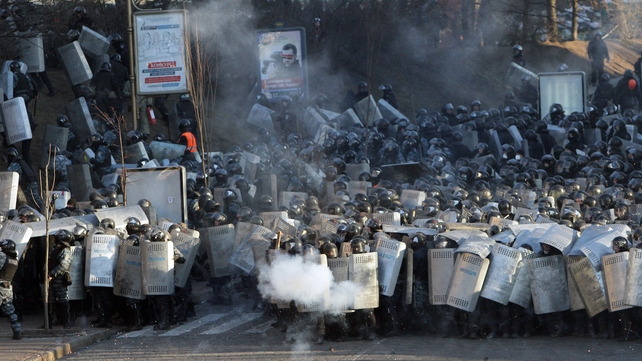 - Kiev shuts down the subway and limits traffic as protesters retake the city hall.

- Riot police break through barricades but thousands of protesters armed with stones, fireworks and petrol bombs refuse to leave the square.

- Security forces halt a drive to take over the protest camp as people stream in with food, clothing and medication for demonstrators.

- NATO warns the army not to take part in operations against the protesters.

- The European Union calls an emergency meeting to mull sanctions against those behind the unrest, which has so far killed around 28 people, including ten police officers.

- Mr Yanukovych meets opposition leaders and calls for a "truce". 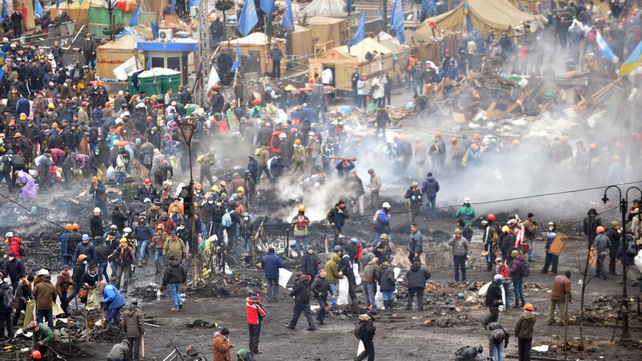 - The interior ministry accuses "extremists" of holding 67 of its troops hostage.

- The mayor of Kiev and more than a dozen deputies from Mr Yanukovych's Regions Party resign in protest at the "blood bath".

- The European Union says it will impose sanctions on Ukrainians with "blood on their hands" as foreign ministers from France, Germany and Poland meet with Mr Yanukovych.

- The army's second-in-command resigns, saying the government tried to get soldiers to put down unrest.

- President and opposition leaders sign a deal that includes early elections and the formation of a new unity government.

- Parliament votes to return Ukraine to its 2004 constitution, limiting the president's powers.

- Having fled Kiev, Mr Yanukovych refuses to step down and denounces a "coup" by protesters.

- Parliament votes to hold early presidential elections on 25 May, passing a resolution stating that Mr Yanukovych has failed to properly fulfil his duties as president.

- Thousands of Ukrainians wander awestruck around the luxury of Mr Yanukovych's abandoned property outside Kiev after it was taken by demonstrators. 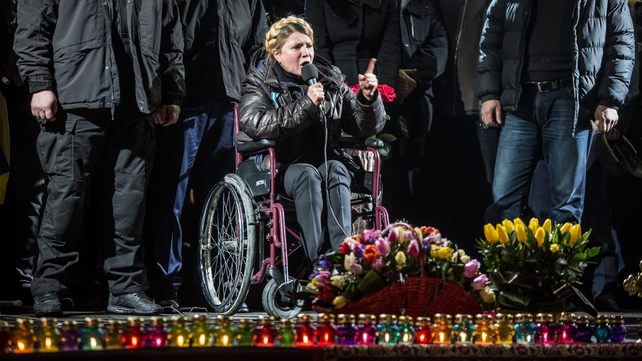 - Mr Turchynov is elected interim president by parliament. He is given until Tuesday to form a government of national unity.

- Mr Yanukovych's Regions Party abandons support for the deposed president, saying he is "responsible for these tragic events".

- The White House, France, Germany and Russia call for the territorial unity of the country to be protected.

- Ms Tymoshenko says she will not seek the post of prime minister in the new coalition government. 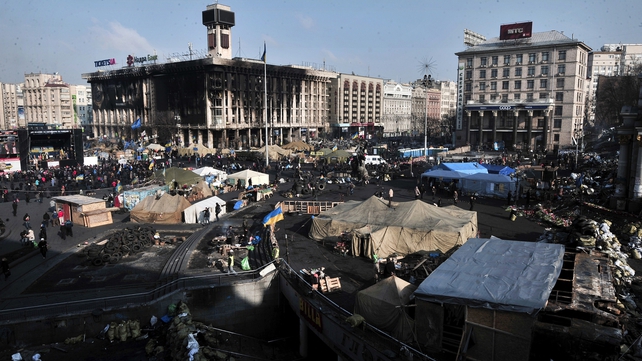