International Space Station Commander Chris Hadfield’s love of Ireland is well-known at this stage, but yesterday he treated followers of his twitter account to a gallery of photographs of the island.

The Canadian astronaut, who has almost 650,000 followers on the social media website, has previously tweeted photos of Ireland from space on St Patrick’s Day.

Yesterday, he tweeted pictures of Dingle in Co Kerry, Ballina in Co Mayo, Co Sligo as well as stunning night time shots of Dublin and Belfast.

Mr Hadfield also has a personal connection with Ireland – his daughter is believed to be studying in Trinity College Dublin.

He has become an online celebrity with daily tweets describing what life is like and what he can see on Earth through the station's portholes.

Astronomy Ireland says the ISS is currently visible in the evenings and will continue to blaze across Ireland until April 22nd.

Tonight, it will be the brightest object in the night sky as it soars through the southern sky at 9:49pm.

All captions on the photographs are by Commander Hadfield. 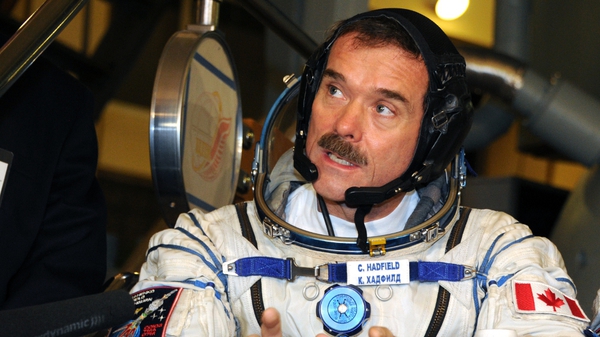